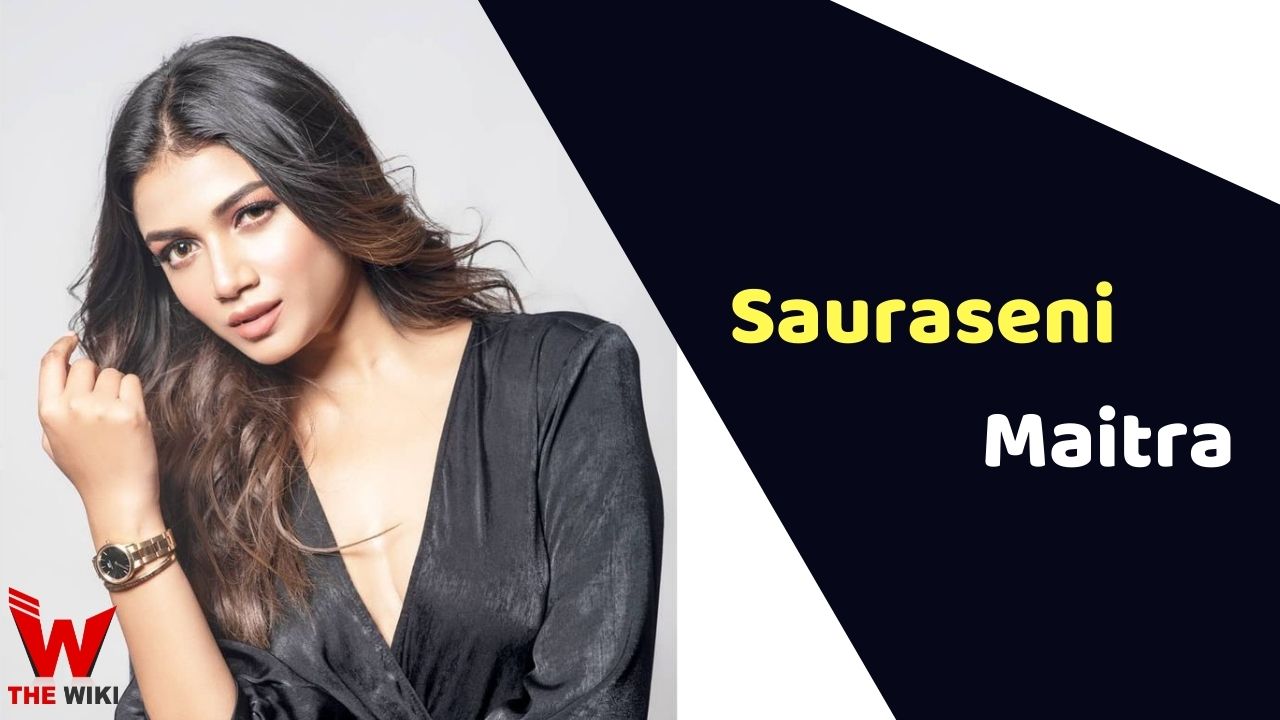 Sauraseni Maitra is an Indian Bengali model and actress. She is best known for her appearance in web series like Break Up Story, Lalbazaar and Ek Thi Begum 2. Her notable films are Chittagong (2012), Umrika (2015), Maacher Jhol (2017), Ekkanobarti, and Mayakumari (2021). Maitra commenced her profession at a young age.

Sauraseni Maitra was born on 13 April 1996 in Kolkata, West Bengal. She did her schooling at Ballygunge Shiksha Sadan and Carmel High School and graduated from the University of Calcutta.

Maitra began her career with the historical-drama film Chittagong as young Aparna, directed by Bedabrata Pain in the year 2012. In 2015, she got featured in the comedy-drama movie Umrika as Radhika. The film got premiered at the Sundance movie Festival 2015.

In 2017, Maitra appeared in Pratim Gupta’s Bengali movie Maacher Jhol. The same year, she acted in the suspense thriller movie Meghnad Badh Rahasya as Guli (Asimavo’s step-daughter). In 2018, she performed in various movies like Generation Ami as Sreoshi aka Durga, Byomkesh Gotro as Chumki, and Aami Ashbo Phirey. She starred in the anthology movie Finally Bhalobasha directed by Anjan Dutt in 2019. Her other films included Synthethic Sati, Ekkanobarti, and Mayakumari.

Maitra made her digital debut with the web series Break Up Story as Shreya aired on Hoichoi in 2020. In the same year, she appeared as Mira in the web series Lalbazaar aired on Zee5.

Some Facts About Sauraseni Maitra

If you have more details about Sauraseni Maitra. Please comment below we will updated within a hour.