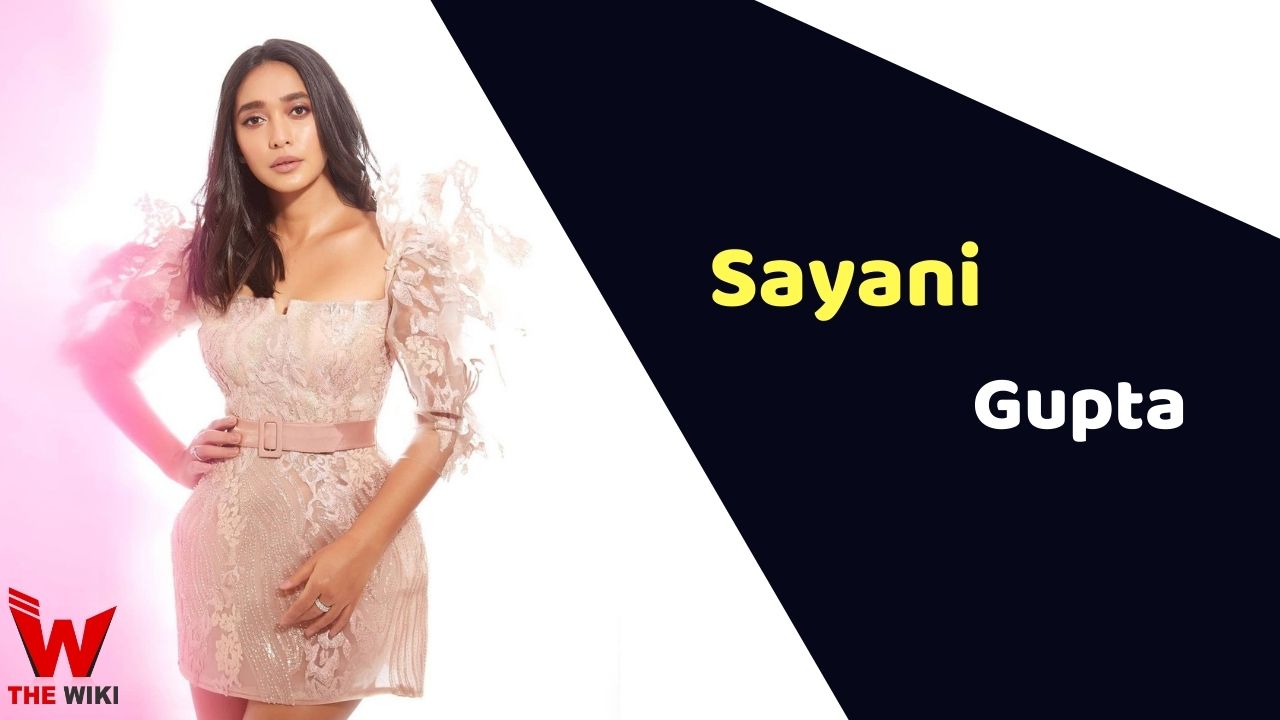 Sayani Gupta is an Indian film actress. She is known for her portrayal in Bollywood films like Article 15, Margarita with a Straw, Jolly LLB 2 and Axone. She is one of those Indian actresses who has done off-beat characters and gained appreciation from the critics. Apart from film, Sayani is quite active in web series and short films.

Sayani Gupta was born on 9 October 1985 in Calcutta (now Kolkata), West Bengal. Her father’s name is Kamal Gupta who is a musician in Kolkata. Her mother Maitreyi Gupta is a dedicated working woman who worked for BSNL in the same town. Sayani is blessed with two brothers named Bhairav and Ahir. She has got her graduation degree from Lady Shri Ram College, Delhi University in New Delhi. After her graduation, she worked as a marketing and sales associate in Indian Infrastructure Pvt. Ltd.

Since she was interested in acting, she took up a course of graduation from the Film and Television Institute of India to establish herself as an actor.

Soon after graduated from FTII, Sayani started modeling and doing theatres. She was always inclined towards the Parallel and Arts category of cinema and wanted to establish herself in the same genre. Sayani debuted in Bollywood with the film Second Marriage Dot Com in 2013. Later, she was featured in Margarita with a Straw alongside Kalki Koechlin. This was the first big-break for her which brought her to the notice of major film directors and professionals. After this, she was offered prominent roles in some popular films like Fan, Baar Baar Dekho, Jolly LLB 2, Jagga Jasoos, Jab Harry Met Sejal, Fukrey Returns, and Article 15.

She has been seen in several web-series and short films as well. Some famous projects of her are Four More Shots Please, Leeches, The Proposal, Inside Edge, Kaushiki, Shame, and Red Velvet.

With her commendable performances, she has proved that there is immense talent in her and she is all set to prove it with her boldness. We are looking forward to seeing her in more new content films in the coming days.

Sayani has been nominated for many film awards for her on-screen performances. She has won the Lion Golds Award for ‘Best Supporting Actress’ in Article 15. Similarly, for her another short film Leeches, she won ‘Best Performance in a Short Film Award’ at the Indian Film Festival of Los Angeles. Apart, she was also nominated for ‘Best Supporting Actress’ in Article 15 in Awards of International Indian Film Academy and IndianTelevision Academy Awards for ‘Best Actress’ (Inside Edge).

Some Facts About Sayani Gupta

If you have more details about Sayani Gupta. Please comment below we will updated within a hour.