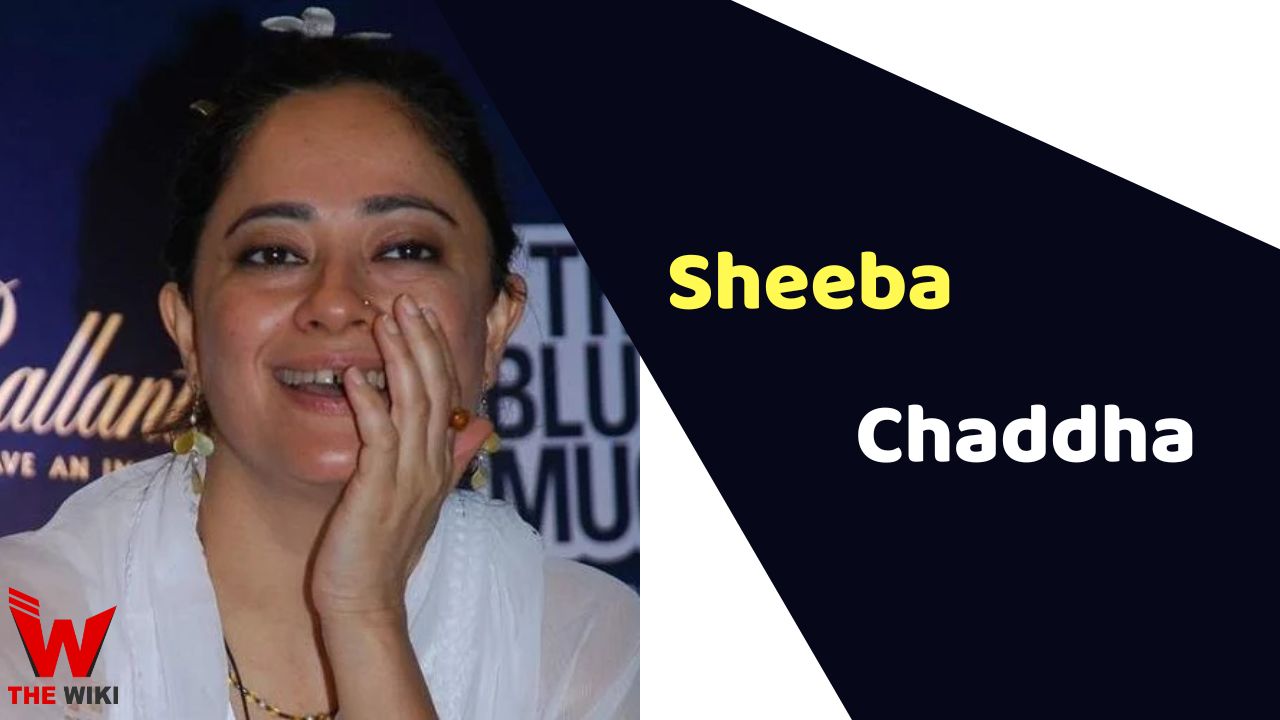 Sheeba Chadhha is an Indian film and television actress. She worked in many films such as Hum Dil De Chuke Sanam (1999), Parzania (2007), Delhi 6 (2009), and Talaash (2012). She is best known for her performance in the television show Love Marriage (2002). Sheeba is also been nominated for various awards like Critics’ Choice Shorts and Series Awards, Filmfare OTT Awards, and IWM Digital Awards.

Sheeba Chadhha was born in 1972 in Saharanpur, Uttar Pradesh. She gained her education from Hansraj College, New Delhi. She started working in theatres at the early age of 14. After that, she worked in television for some years.

In 2022. she acted in movies like Badhaai Do as Meenakshi, Sharamaji Namkeen as Manju Gulati, Khuda Haafiz 2 as Thakur Ji, and Doctor G as Dr. Mohini.

She made her television debut with the serial Hip-Hip Hurray (1998 – 2001). She also appeared in a show called Love Marriage which was Broadcasted in 2002. After then she took a break and came back to the television industry through a series named Kasturi (2007). She also appeared in many other serials like  Kitni Mohabbat Hai (2009), Hitler Didi (2012), Hello Pratibha (2015), Chandra Nandini (2017), etc.

Some Facts About Sheeba Chaddha

If you have more details about Sheeba Chaddha. Please comment below we will update within an hour.