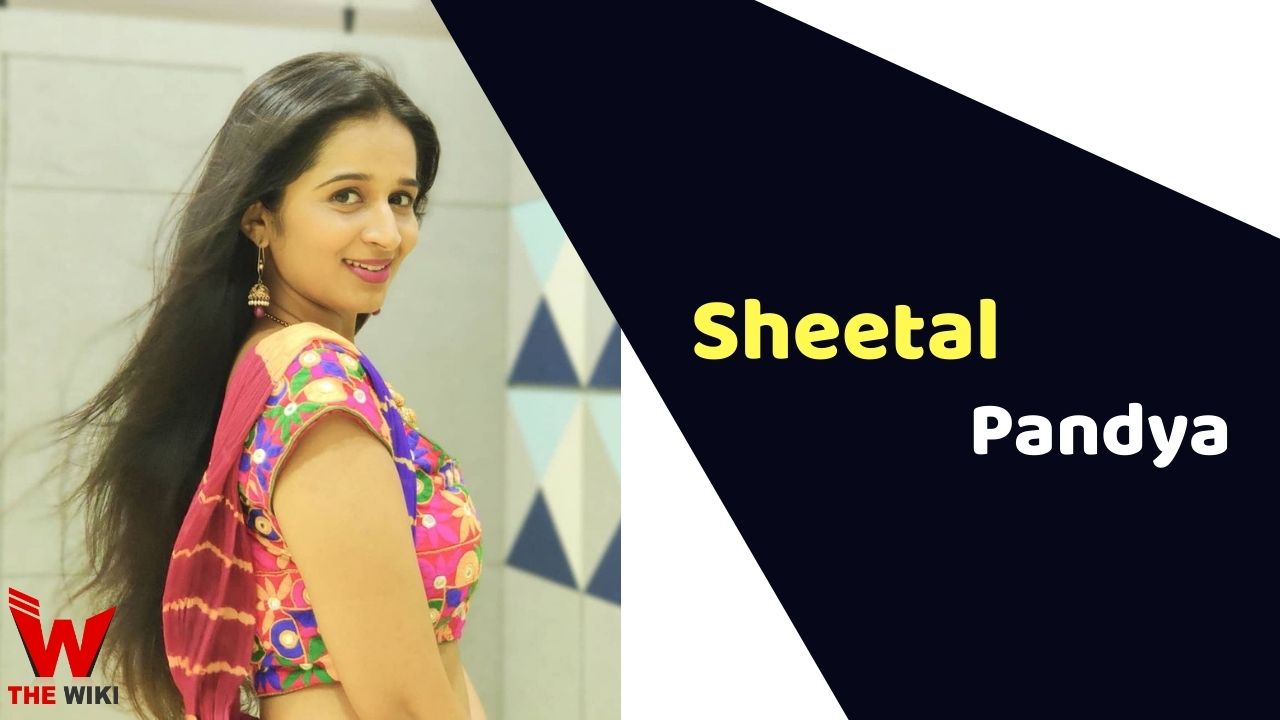 Sheetal Pandya is an Indian actress who is active in the entertainment industry since 2012. She has acted in many famous television shows and also appeared in a few Bollywood movies.

Sheetal Pandya was born on 2 October 1994 in Mumbai, Maharashtra. She has pursued graduation in commerce from Mithibai College, Mumbai. Sheetal started her acting career with a small role in the television series Jilmil Sitaaro Ka Angan Hoga in the year 2012.

The very next year, she appeared in a Bollywood movie Once Upon A Time Again. She got popularity with her role as Bhagya in Colors TV’s daily soap Udaan Sapno Ki. She entered the show in 2015 and won the hearts of Indian audiences with her performance.

In 2017, Sheetal worked in Star Plus TV show Tu Sooraj Main Saanjh Piyajii as Rani Golu Rathi. In the same year, she made her debut in the Gujarati film industry with the film Chal Man Jeetva Jaiye. She played the character of Pallavi Sanghvi in the film.

She tied the knot with her school friend Abhishek Bhattacharya, who is a doctor by profession and is based in Leicester in The United Kingdom. They got married with Bengali traditions in Goregaon, Mumbai on 20 November 2020. Prior, she had registered a court marriage with him on 13 November 2020.

Some Facts About Sheetal Pandya

If you have more details about Sheetal Pandya. Please comment below we will updated within a hour.