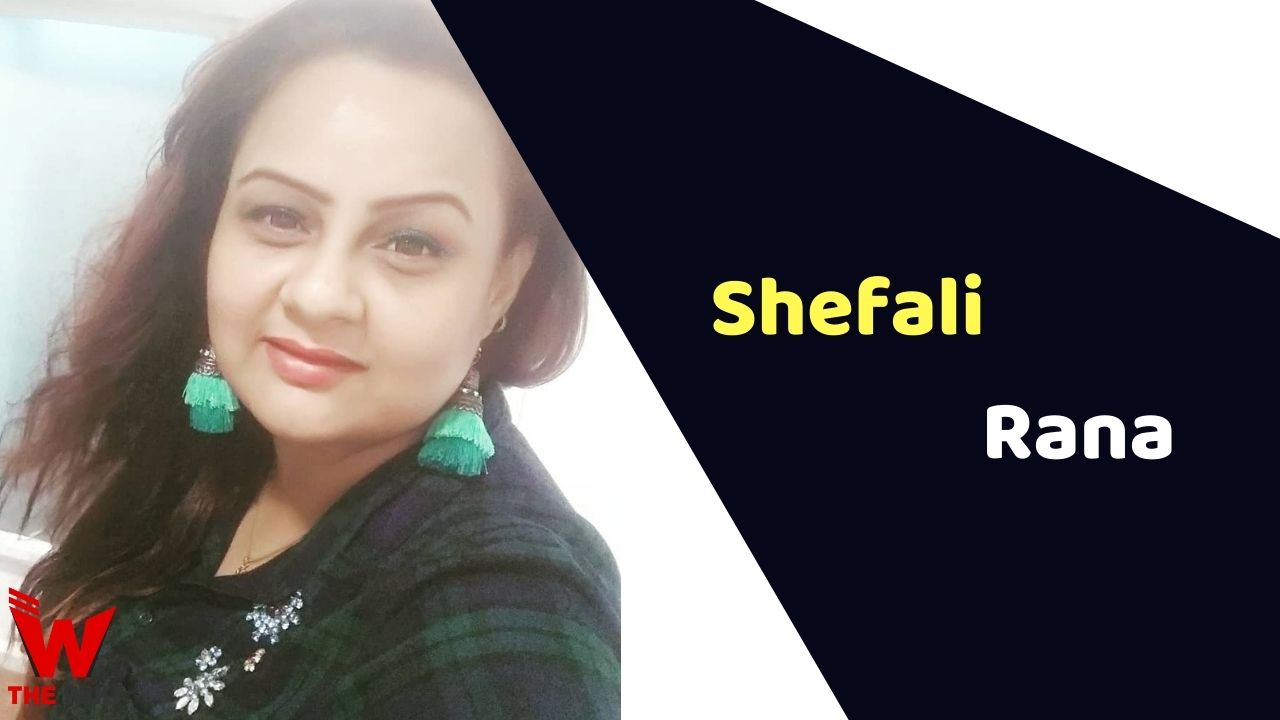 Shefali Rana is an Indian television actress. She is well known for her role in Mariyam Khan-Reporting live, in which she played a character named “Asha”. She has also acted in various serials and often to plays and theaters.

Shefali Rana is born and brought up in Delhi. She has always wanted to try her hand at acting and after get some experience, she moved to Mumbai to pursue her acting career and subsequently got her break in various T.V serials.

Rana did her schooling at Navshakti Vidya Mandir School, New Delhi. Then she completed her graduation from the University of Delhi. After the graduation. Rana went to Shri Ram Center Theatre Repertory Company and polished her acting skills for 2 years after which she shifted to Mumbai.

Rana started her career with film Badhaai Ho Badhaai starring Anil Kapoor in 2002. She did a small cameo role in the film. After that she was seen in many television show and films as supporting actress. She rose to fame in 2017 with & TV show Ek Vivah Aisa Bhi, in which she played role of Nupur Brijesh Mittal afterwards she was seen in Mariam Khan – Reporting Live and Ishq Subhan Allah.

Shefali Rana is a married woman with has a son Divyansh.

Some Facts About Shefali Rana

If you have more details about Shefali Rana. Please comment below we will updated within a hour.