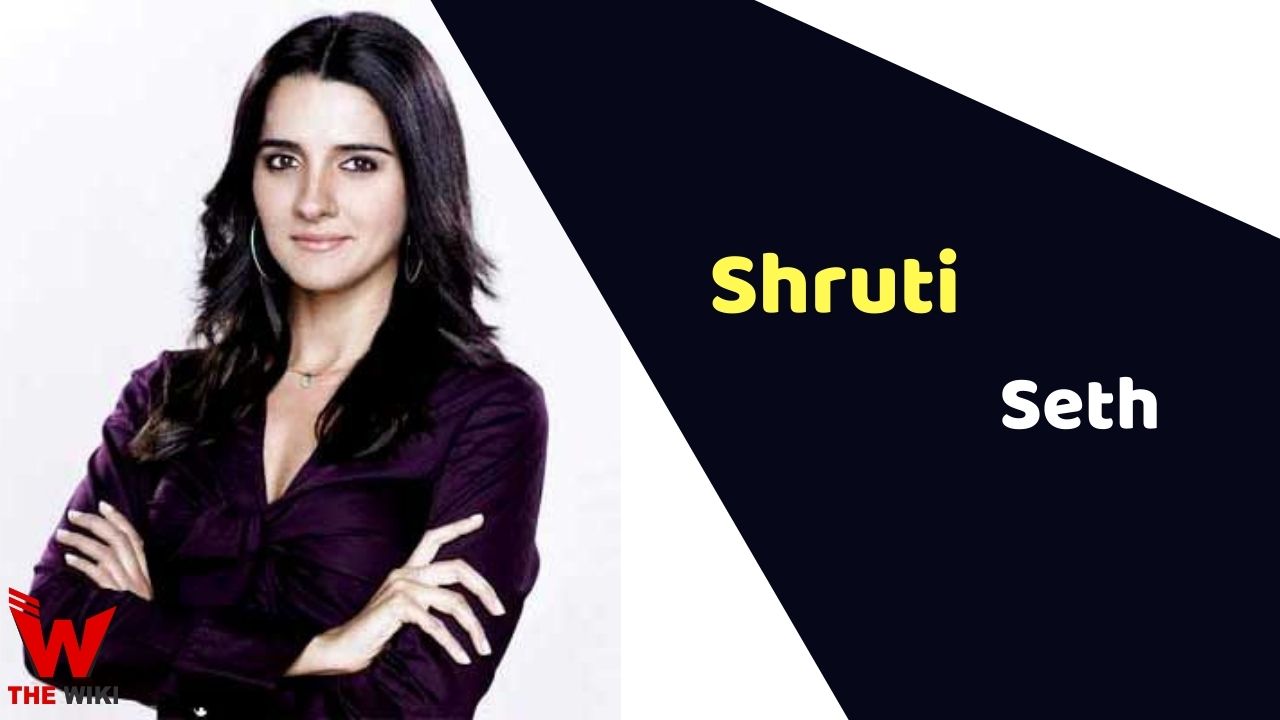 Shruti Seth is Indian actress which has appeared in various television shows, movies and web series. She has done modelling briefly as well in her initial career. Shruti gains massive popularity for her Star Plus’s comedy series Shararat (2003-06). She is also a video jockey and initially kick-started her career as a television show host.

Shruti Seth was born on 18th December 1977 in Mumbai, Maharashtra. She has a degree in economics from St. Xavier’s College, Mumbai. Shruti attended Ashok Academy as well. Shruti is married to Danish Aslam. He is a film director. The couple got married in the year 2010. They have also a daughter named Alina Aslam.

Shruti started her career with Star Plus channel horror show Ssshhh..Koi Hai in the year 2001. She was featured in an episodic show “Khel Khel Mein”. Later she was seen in TV show Maan (2001-02) as Khushi. Shruti got immese popularity by playing the lead role of Jiya Malhotrain fantasy sitcom Shararat which aired on Star Plus, worked along with Farida Jalal, Poonam Narula, Eva Grover. Her other works include Des Mein Niklla Hoga Chand, Rishta.Com, TV, Biwi aur Main and Dil Jaise Dhadke… Dhadakne Do.

Some Facts About Shruti Seth

If you have more details about Shruti Seth. Please comment below we will updated within a hour.