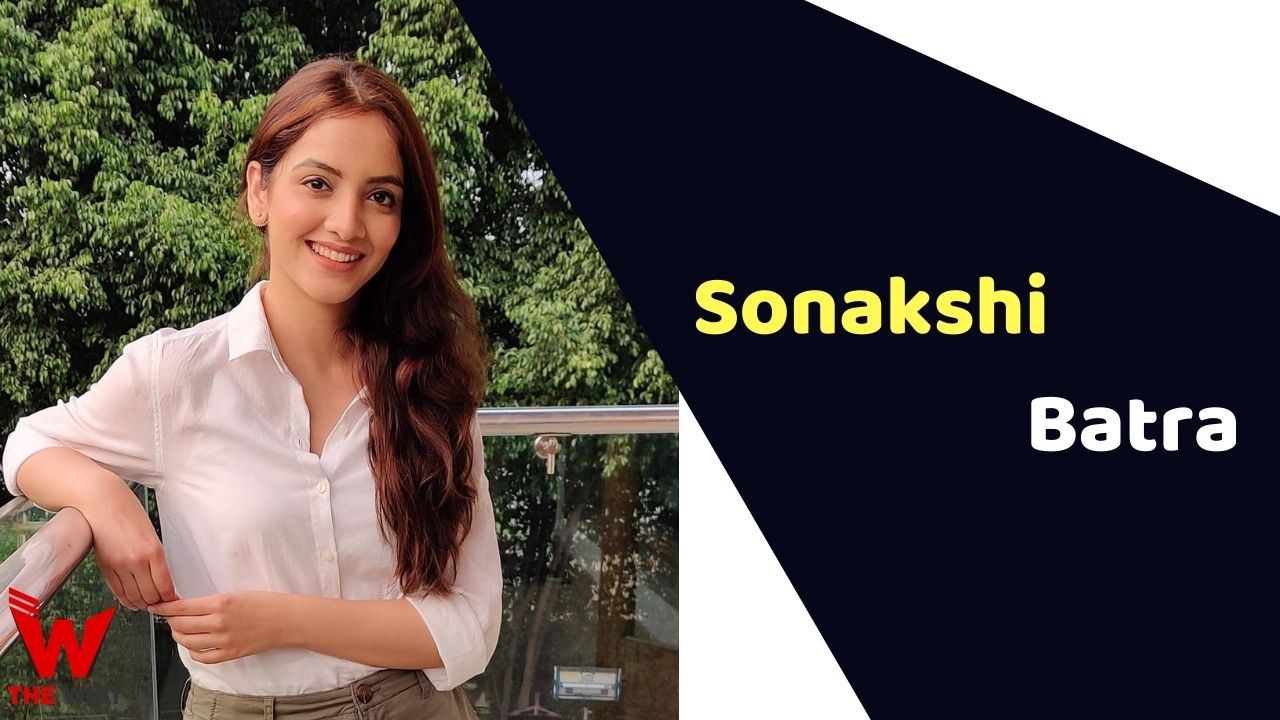 Sonakshi Batra is an Indian film and television actress. She garnered recognition from the movie 14 Phere in the year 2021. She is currently a fellow of the Renaissance Theater Society, where she appeared in a play called Romie Julie and Machli Jal Ki Rani.

Sonakshi Batra was born in Delhi, India to a Hindu family. Her father Sushil Kumar Batra is a well known actor and has worked in Bollywood films such as Pink, Hindi Medium and Hate Story. Her mother’s name is Meena Batra. She also has a elder sister Shivalika Batra in the family. Sonakshi completed her graduation from Hindu College and National School of Drama.

Sonakshi began her career as a child and first showed up in a television commercial of Alpenliebe. She carried out theatre workshops held by the Khilona Theatre. She served for a short time as a vocal artist, lending her voice to several series from Doordarshan and the National Geographic Channel. Batra was a part of an international project that was the Coca Cola Atlanta commercial celebration series, and in a company commercial for a mobile app. Batra got featured in many tv ads like Parle 20-20, Airtel, Vivo, and Nescafe.

Sonakshi began her movie career with the comedy-romance movie 14 Phere as Sneha Karwaskara in 2021. She made her debut with the television series Nima Denzongpa as Manya Mane, aired on Colors TV in 2021.

Some Facts About Sonakshi Batra

If you have more details about Sonakshi Batra. Please comment below we will updated within a hour.