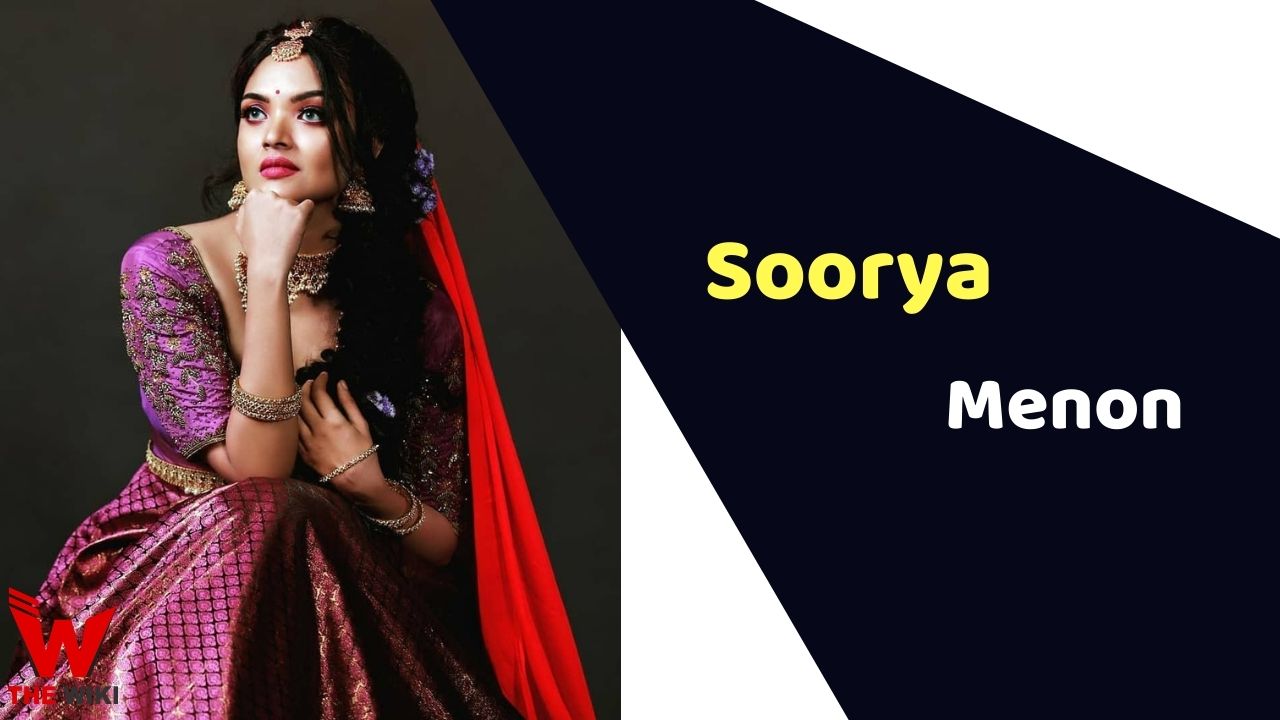 Soorya Menon is an Indian model, actress, and radio jockey. She mainly works in Malayalam entertainment industry. She has participated in Bigg Boss Malayalam 3 as a contestant. Soorya is widely known for being the first female DJ for Kerela. She started her career as a model and later turned into acting. She has been part of Malayalam film industry from past many years and had got great fame with her work.

Soorya Menon was born on 20 October 1993 in Mumbai, Maharashtra. Her father was a car’s showroom owner whereas her mother was a housewife. She did her schooling from Stella Marry boarding school, Kerala. After this, she enrolled herself in the University of Kerala for her graduation. She was always delighted to take part in dancing, acting and other activities from her childhood.

Soorya started her career as a model for print-shoots for various apparels and jewellery brands. She has also worked as a model for various TV commercial and magazines. In 2021, she has also appeared as a contest in Big Boss Malayalam 3 aired on Asianet. Mohanlal is the co-host again in the show with 16 contestants. Soorya is widely known as a greatest RJ and has specially worked in various Radio Jockey shows.

Some Facts About Soorya Menon

If you have more details about Soorya Menon. Please comment below we will updated within a hour.