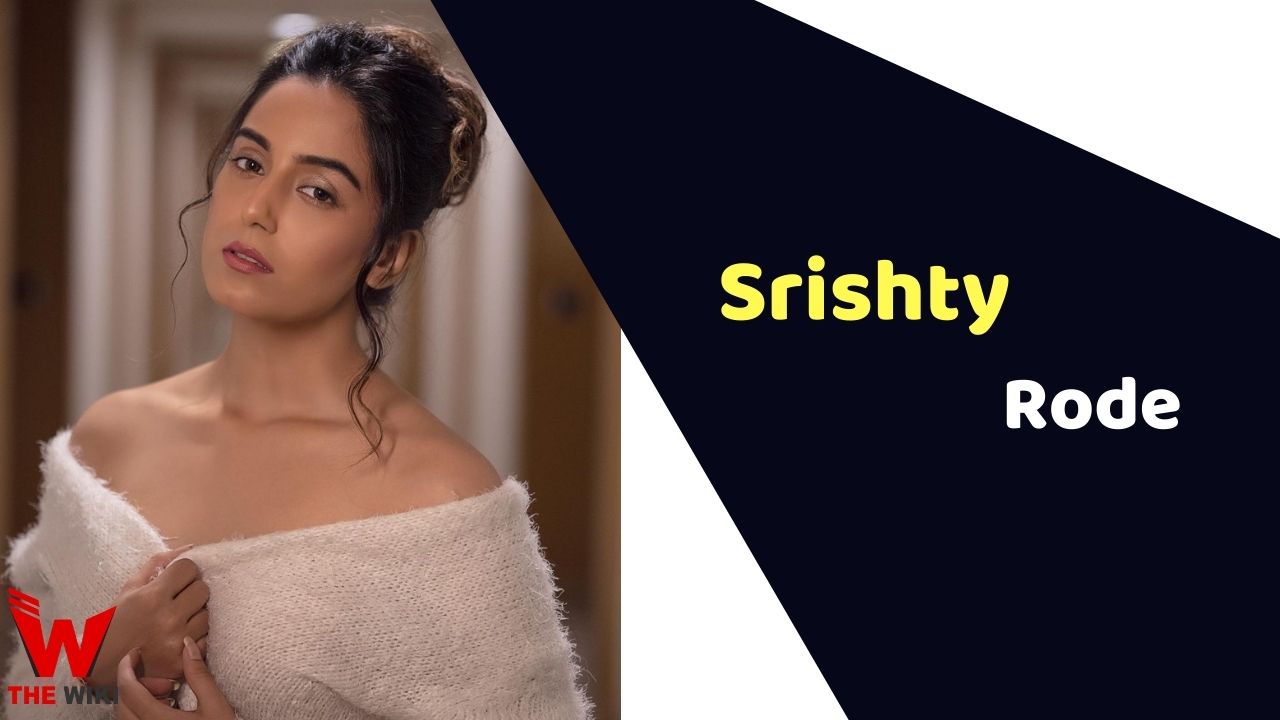 Srishty Rode is an Indian television actress. She is known for participating in season 12 of Colors TV reality show Bigg Boss. She has worked in many television serials such as Ishqbaaaz, Hello Pratibha, Saraswatichandra and Yeh Ishq Haaye. Srishty was also nominated for Best Reality Icon award at Lions Gold Awards 2019.

Srishty Rode was born on 24 September 1991 in Mumbai, Maharashtra. Her father Tony Rode is a senior cinematographer and her mother Sadhna is a homemaker. Srishty also has an elder sister Shweta Rode in the family. Srishty studied at St. Louis Convent High School in Mumbai. She has done graduation from Mithibai College.

Since her father was a working professional in the industry, Srishty was quite familiar with the television production. Even though, it was tough for her to establish herself as an actress. She had worked hard to achieve the name and fame she has today.

Srishty entered the entertainment world at the age of 16 years. When she was in college, she auditioned for Balaji Telefilms show Kuch Is Tara and managed to grab a cameo role in the show. she later appeared in one of the episodes of Sssh Phir Koi Hai. She got her break from Yeh Ishq Haaye in which she was playing the lead character opposite Raunak Ahuja.

In 2011, Srishti acted in the serial Chhoti Bahu, in the small role of Radha Rani/ Madhavi. After that, she did another Zee TV show in a lead role Punar Vivah: Ek Nayi Umeed. In 2014, she bagged a big TV show ‘Saraswatichandra’ directed by Sanjay Leela Bhansali. She also appeared on Ishqbaaz.

Srishty got her actual recognition and popularity from Bigg Boss. She was a Season 12 contestant. She became one of the favorites of audiences in no time and won many hearts with her bubbly and cute actions.

She was engaged with actor Manish Naggdev. However, after being together for 3 years, the couple broke up in 2019. Srishty was also in a rumored relationship with his fellow Big Boss contestant Rohit Suchanti. But, both of the actors denied the rumors of being in a relationship.

Some Facts About Srishty Rode