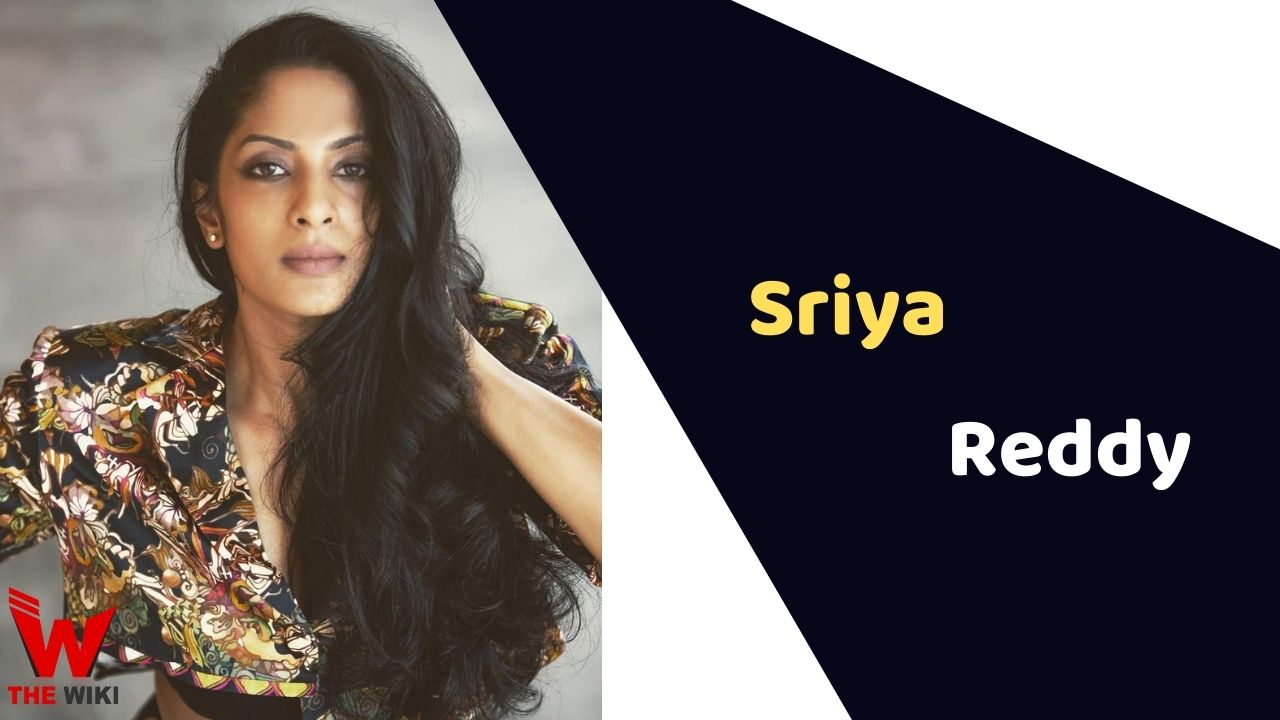 Sriya Reddy is an Indian actress, anchor, producer and VJ who predominantly serves in the Tamil language film industry. She was a hit VJ with SS Music. She critically gained acclaim for the films like Samurai, Bharathchandran I.P.S, Amma Cheppindi, Pallikoodam, Sila Samayangalil, and Andava Kaanom.

Sriya Reddy was born on 28 November 1983 in Chennai, Tamil Nadu. His father’s name is Bharath Reddy. She completed her schooling at Good Shepherd School and graduated from Ethiraj College, Chennai. During her schooling, Sriya started getting modelling offers but her father wants to finish her education first.

Sriya began her career with the Tamil vigilante action-thriller film Samurai as Nisha in 2002. She debuted with the Telugu film Appudappudu as Radhika in 2003. The next year, she acted in the Malayalam crime-thriller movie Black as Anandam in 2004. She got featured in the action police-drama movie Bharathchandran I.P.S as Hema in 2005. In 2006, Sriya appeared in the drama film Amma Cheppindi as Razia. She played the role of Easwari in the 2006 action movie Thimiru. The movie was acclaimed for Sriya’s negative role.

Sriya starred in the feature film Pallikoodam as Jhansi in 2007. In 2008, she appeared as Annam Vengadam in the Tamil period-drama movie Kanchivaram. She got cast in the pschological-drama film Sila Samayangalil as Deepa in 2018. She did a comedy movie Andava Kaanom as Shanthi, in 2020. The film focuses on Shanti and the problems that occur when she loses her precious utensil called Anda.

Sriya Reddy tied the knot with a Tamil actor, and producer Vikram Krishna at Park Sheraton hotel in Chennai in 2008. The couple has a daughter named Amalia.

Some Facts About Sriya Reddy

If you have more details about Sriya Reddy. Please comment below we will update within an hour.