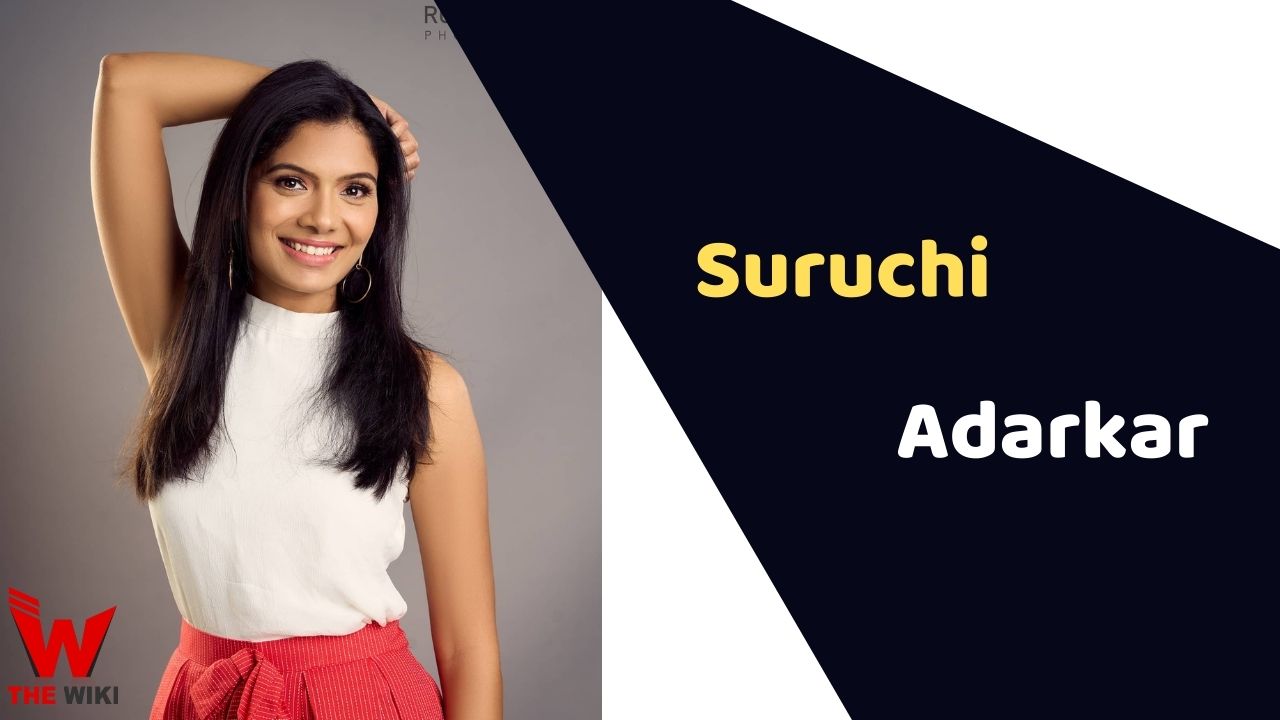 Suruchi Adarkar is an Indian television and film actress who predominantly works in the Marathi television industry. She is renowned for her roles in Ka Re Durava, Woh To Hai Albela, Pehchaan and Avaghachi Sansar. Suruchi has been active in entertainment industry since 2007.

Suruchi Adarkar was born on 25 April 1988 in Thane, Maharashtra. Her father’s name is Nagesh Adarkar. She has a younger brother Siddhesh Adarkar who is a software engineer. She did schooling from Saraswati Vidyalaya, Rabodi and completed Masters in English Literature from Kelkar College.

Suruchi began her career with the television drama serial Pehchaan as Vidya on DD 1 Channel in 2006. From 2007 to 2008, she appeared in the drama series Avaghachi Sansar as Harsh’s office receptionist broadcasted on Zee Marathi. She acted in the Star Pravah series Olakh as Anusha Inamdar from 2010 to 2011. From 2014 to 2016, she starred as female lead (Aditi Khanolkar) in the TV romantic series Ka Re Durava as Aditi Khanolkar aired on Zee Marathi. The show follows the story of a young married couple living in Mumbai with even bigger dreams. In 2020-21, she participated in the Zee Marathi’s reality sketch comedy show Chala Hawa Yeu Dya – Ladies Jindabad.

Some Facts About Suruchi Adarkar

If you have more details about Suruchi Adarkar. Please comment below we will updated within a hour.