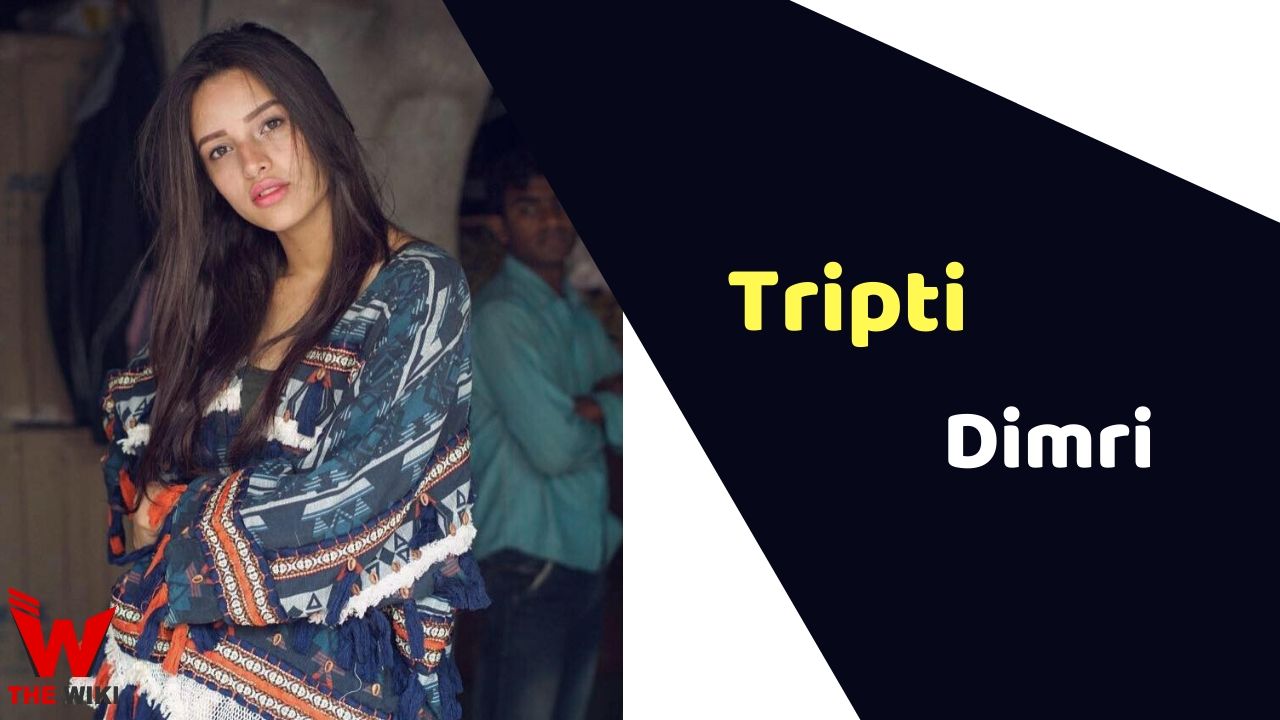 Tripti Dimri is an Indian film actress. She is known for the film Laila Majnu, Poster Boys and Bulbbul. She started her career as a model. Dimri received her first breakthrough in Bollywood with the 2017 film Poster Boys.

Tripti Dimri was born on 23 February 1994 in Delhi. She is originally from Nag, a small town of Rudraprayag in Uttarakhand. She is the daughter of Dinesh Prasad Dimri and Meenakshi Dimri. Trupti’s father works in Air India. Because of which the whole family lives in Delhi. Trupti did her schooling from DPS Firozabad, after which she graduated in Psychology from Delhi University.

Tripti always wanted to work in cinema world. She first started working in television commercials. An advertisement video of her was also viral on social media. After this she went to FTII Pune and learned the nuances of acting.

At the age of 24, she got her first breakthrough in Bollywood with Sunny and Bobby Deol starrer film Poster Boys. In this film, she got a chance to play a very small character of Riya. After this Tripti was seen playing the lead role in Imtiaz Ali’s film Laila Majnu. This is her first film as a lead actress. In the film, she was seen opposite debutant Avinash Tiwary. Apart from this, she was also seen in the Netflix film Bulbbul.

Some Facts About Tripti Dimri

#Repost If you haven’t used @himalayapersonalcare facewash then have you even washed your face?! If you have, then you’ll find me standing behind blowing lots of kisses towards you. Its just what i do, one of my many hidden talents. @tripti_dimri can definitely vouch for me! #yourewelcome #himalayafacewash #moohdhoyakaro #ad directed my favs- @sanaahmad20 & beeswaranjan, hair & makeup- @neha_kamra9 @rogerthatproduction