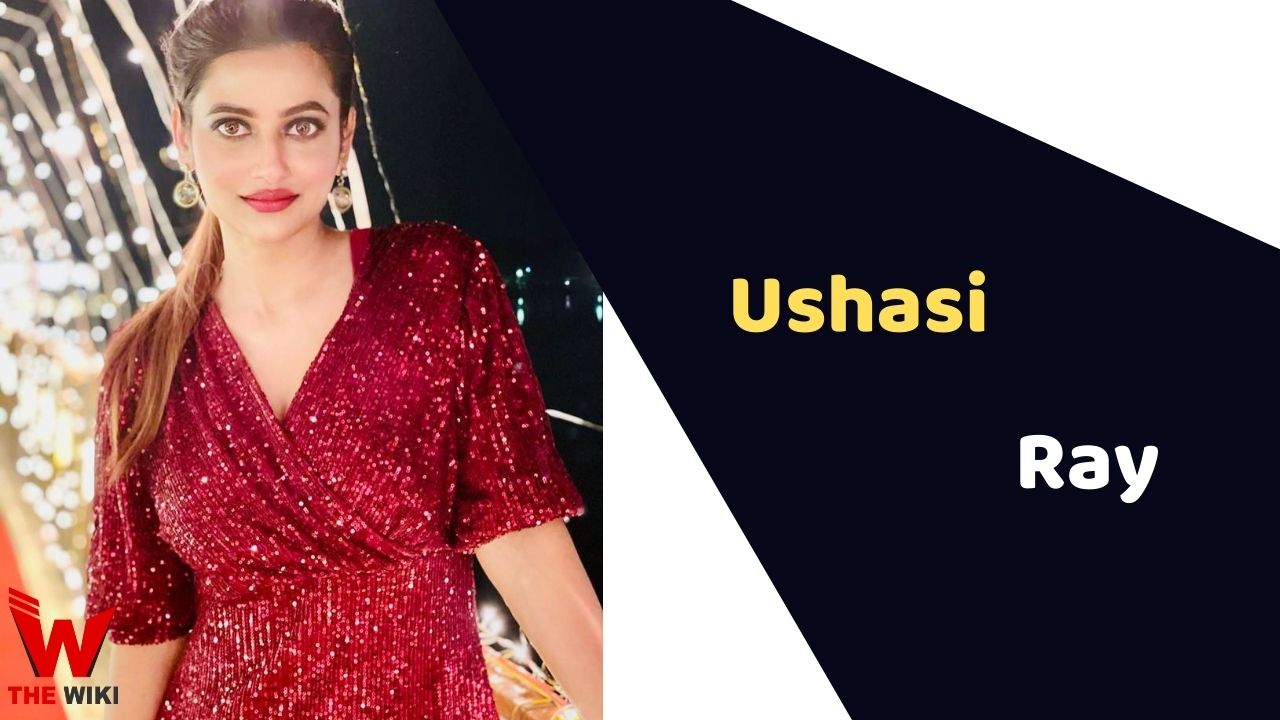 Ushasi Ray is a Bengali TV actress and model. She is famous for portraying lead role of Ahona in Star Jalsha’s Milon Tithi. She has also quite on digital platform and featured in web series like Sundarbaner Vidyasagar, Byomkesh Chorabali and Turu Love.

Ushasi Ray was born on 18 October 1993 in Kolkata, West Bengal. She is the daughter of Dev Ray, assistant director and screenplay writer. She went to Kamala Girl’s High School. Ushasi graduated in history from Asutosh College.

Ushasi started her career in 2015 with a Star Jalsha’s Milon Tithi, played the lead character Ahona in the show. She portrayed titular lead Bokul Roy in Zee Bangla’s Bokul Kotha. Ushasi won several awards for her role Bokul like Kolkata Glitz, Zee Bangla Sonar Sansar and more. Subsequently, she appeared as a contestant in dance reality show Didi no. 1 (Season 7 and 8).

In 2020, she got opportunity to play lead role of Kadambini Ganguly in opposite to Manoj Ojha in Zee Bangla’s television show Kadambini, but it went to off-air within three months on 3 October 2020 due to deformability of historical screenplay.

Some Facts About Ushasi Ray

It’s been a stagnant year for all but this recognition by @Calcutta_Times this year makes me aspire for more.
More to come.
Thank you @RumanGangulyTOI and rest of the winners. ❤️ pic.twitter.com/N5lZ4row7G