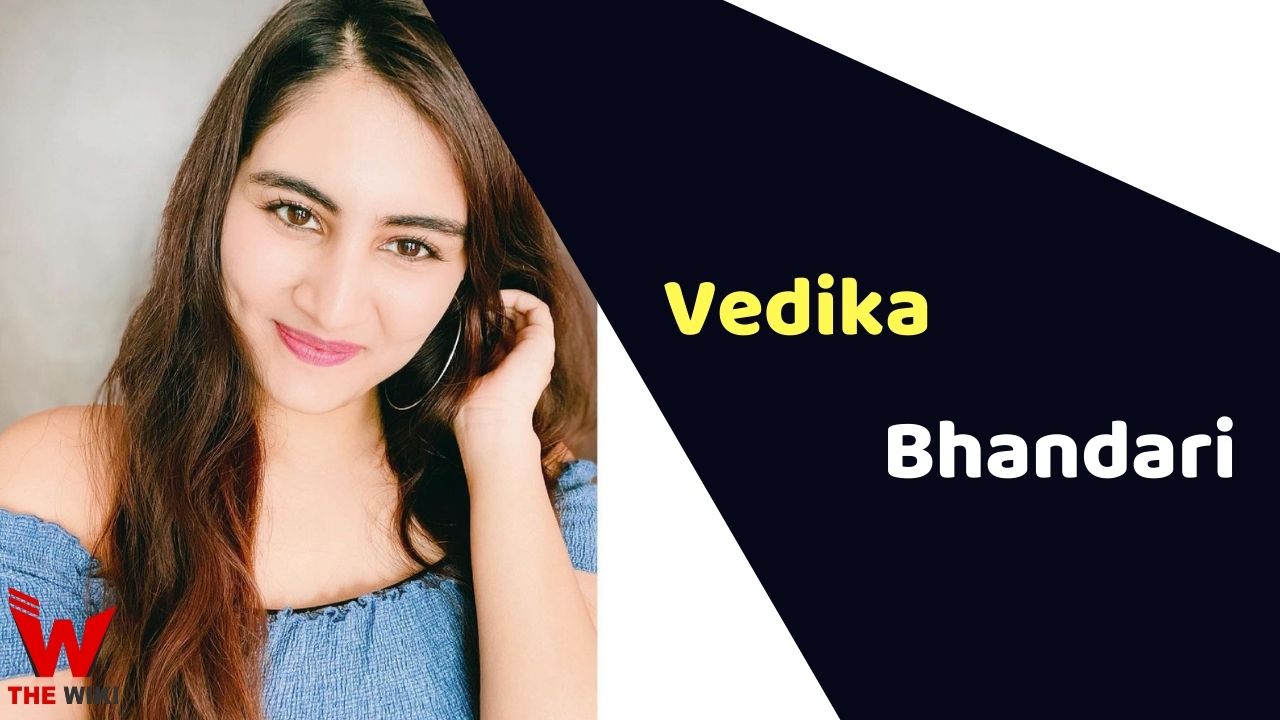 Vedika Bhandari is an Indian television and film actress. She is most famous for her character as Neha Raj Jindal in Woh Apna Sa and Ishani Kholi in Kasam Teri Pyaar Ki. She has performed in numerous films and series like Dream Girl (2019), and Indori Ishq (2021).

Vedika Bhandari was born on 22 July in Mumbai, Maharashtra, India. Her mother’s name is Sapna Bhandari. She did her schooling at Villa Theresa High School, Mumbai, and graduated from HR College of Commerce and Economics, Mumbai. After graduating, she enrolled in Anupam Kher’s Institute of Acting. She joined the theatre group called Progressive Theatre Group.

Vedika has acted in multiple theatrical dramas like A Fairy Tale of Rapunzel, Little Red Riding Hood, A Perfect Couple, A Story of Pinocchio, The Blue Fairy, Ali baba, and the Forty Thieves, and Abhi Na Jao Chhodhkar. She has been playing various commercials for fashion labels.

Some Facts About Vedika Bhandari

If you have more details about Vedika Bhandari. Please comment below we will updated within a hour.