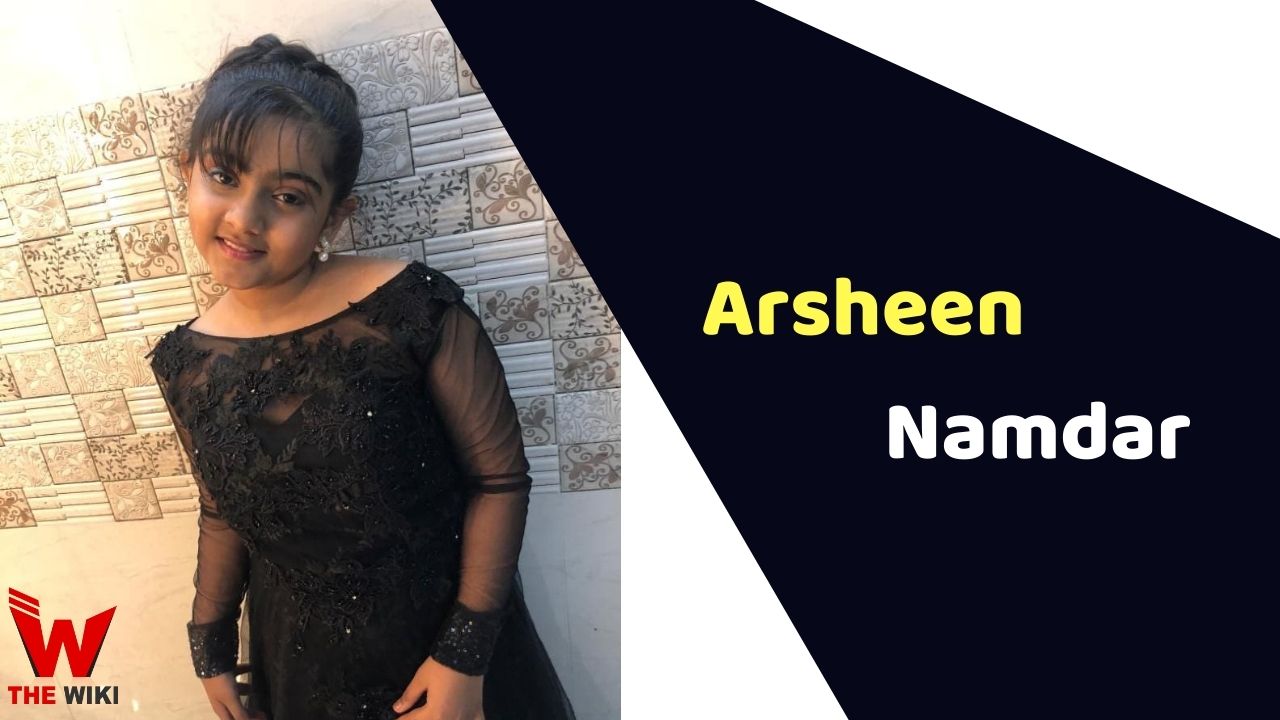 Arsheen Namdar is an Indian child actor. She has appeared in various Hindi television serials. She is a multi-talented girl and has various interests and hobbies. At such a young age she has shown commendable acting talent and enthusiasm. Her acting talent will pave new endeavors for her in near future and she has a long way to go ahead.

Arsheen Namdar was born on 15 September 2007 in Mumbai Maharashtra. Arsheen is the daughter of Aliraza Namdar and Anuradha Kanabar. Her father is one of the familiar faces in television serials and Bollywood movies as well. On the other hand, her mother, Anuradha Kanabar is a well-known Gujarati comedy actress who has also played various roles in Gujarati plays as well as Hindi T.V serials.

She has always been keen and interested in acting, since her father has been involved in acting for a long time. So, she eventually picked up the interest and got roles in the television serials.

Namdar is currently completing her schooling. She balances her work and education well and dedicate almost 3 hours to studies when she is busy shooting. She is studying at Maneck Ji Cooper Education Trust School, Juhu, Mumbai.

She made her debut with the show Baal Veer in 2012 and she has also played notable roles in Maan Na Maan Mein Tera Mehmaan, Jaane Kya Hoga Rama Re. But she majorly got her recognition from the show Naamkaran, in which she played the character of Avni and this show was directed by Mahesh Bhatt.

Some Facts About Arsheen Namdar

If you have more details about Arsheen Namdar. Please comment below we will updated within a hour.