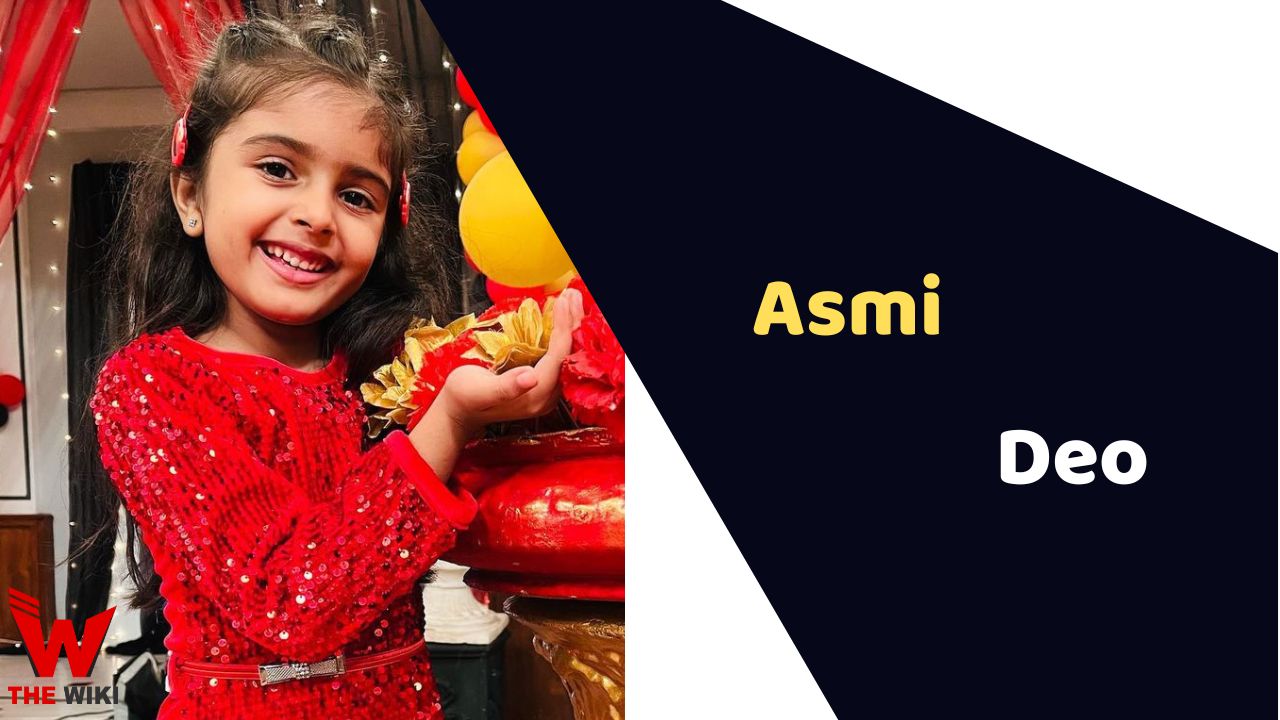 Asmi Deo is a Indian child actor and model. She is best known for playing role of Anu Kapadia in Star Plus’ television show Anupamaa. She has also worked in Zee TV’s Bhagya Laxmi and Colors TV’s Neema Denzongpa. She has also done advertisements for many popular brands.

Asmi Deo was born on 23 January 2011 in Ranchi, Jharkhand. Her father’s name is Abhinay Deo. Asmi had debuted in the industry as a commercial advertisements artist. She played the role of Siya Mane, the daughter of Nima and Suresh in Colors TV’s television serial show Nima Denzongpa.

She also worked in the show Mann Sundar starring Akira fame Aparna Ghoshal and Palak Jain. The serial was based on a girl named Ruchita who hopes to find a life partner who does not judge her by her outward appearance and instead loves her for her inner beauty.

Meanwhile, Asmi has worked in the show Anupamaa as Anu Kapadia, daughter of lead couple Anupamaa and Anuj of the show.

Some Facts About Asmi Deo

If you have more details about Asmi Deo. Please comment below we will update within an hour.