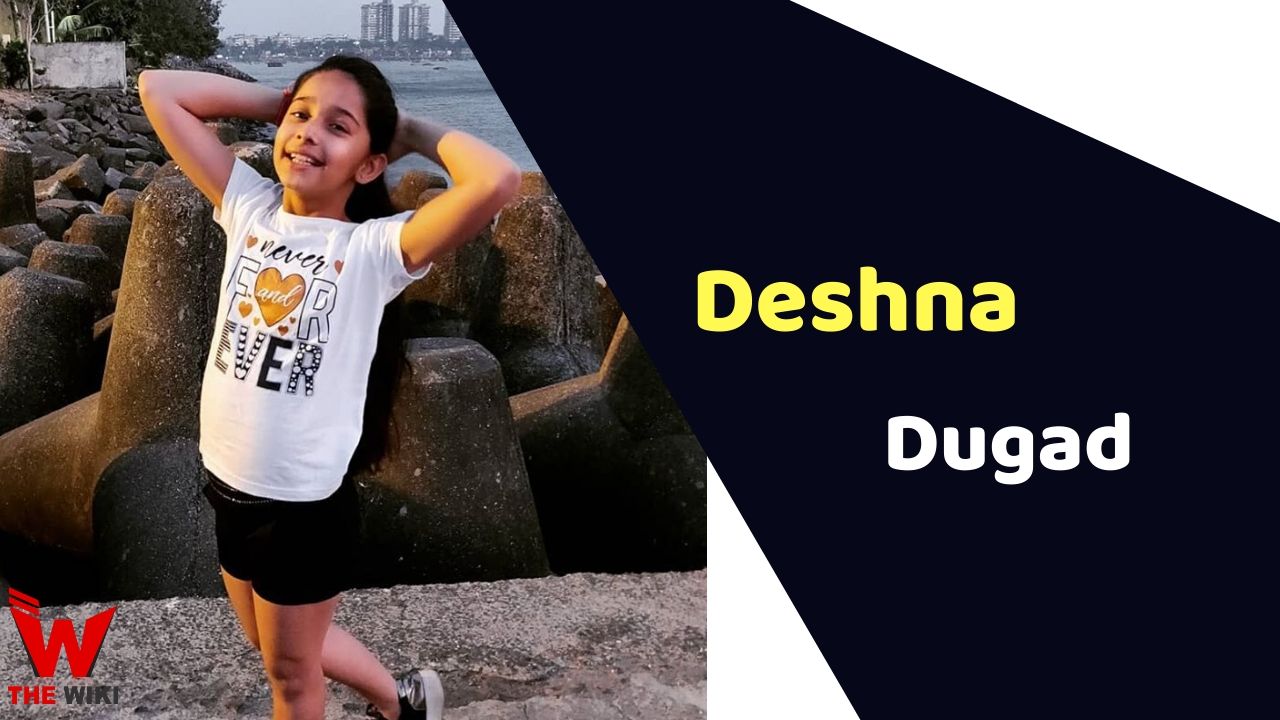 Deshna Dugad is a child artist who is active in television and film industry. She is best known for the television show Pushpa Impossible, Mariam Khan – Reporting Live and Baal Krishna. She has also worked in several Bollywood film like Khaali Peeli and Thugs of Hindostan. Deshna originally from Indore, Madhya Pradesh.

Deshna Dugad was born on 20 October 2008 in Indore, Madhya Pradesh. She is daughter of Mahavir Dugad and Smita Dugad. Deshna has fond of acting and dancing since childhood. She started taking modeling and dance training at an early age. Her modeling pictures during the school program became quite viral and started getting offers for television shows.

In 2016, Deshna made her acting debut with mythological TV show Baal Krishna, in which she played the role of Radha. After this show, she appeared as a child artiste in several television serials.

Some Facts About Deshna Dugad

If you have more Details about Deshna Dugad. Please comment below we will updated within a hour.