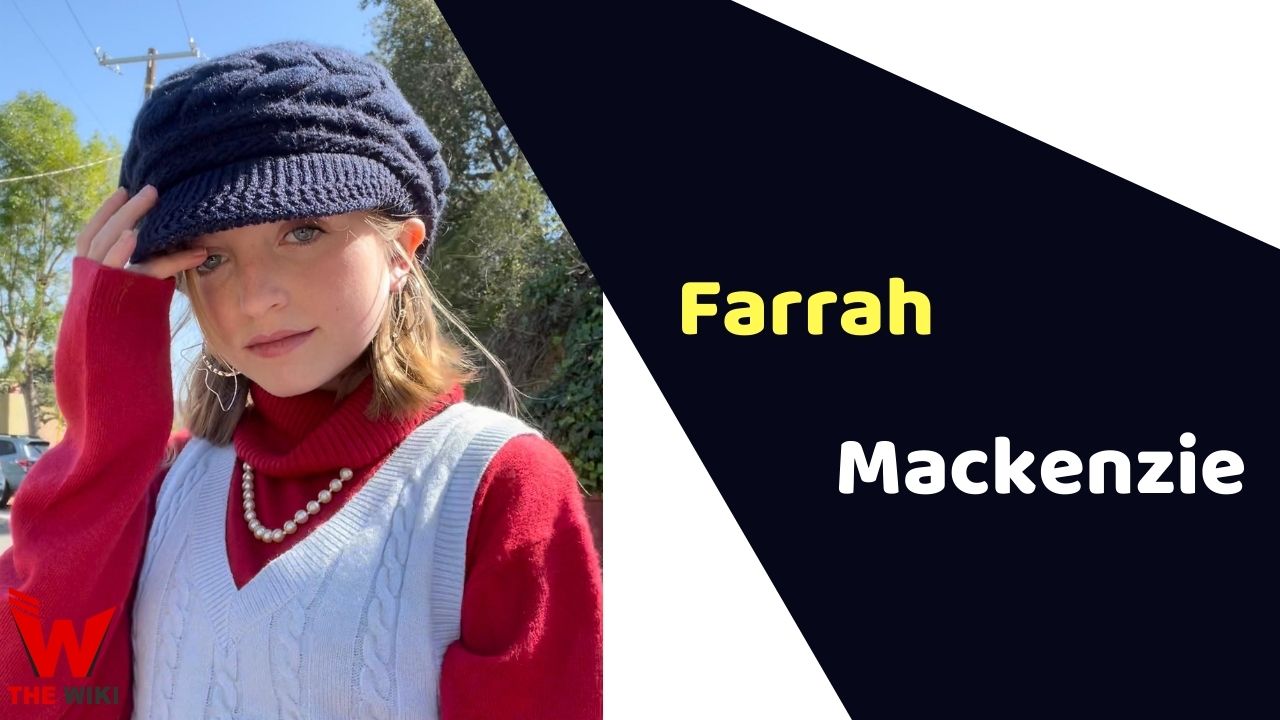 Farrah Mackenzie is an American actress who has been acting since she was five years old. She is best known for playing main role of Hazel in CBS television series United States of Al opposite Adhir Kalyan, Parker Young and Dean Norris. She has also appeared in Utopia, Ascension, Lawless Range, Logan Lucky and Christmas of Many Colors: Circle of Love.

Farrah Mackenzie was born on October 29th, 2005 in Los Angeles to Angela Little and Andy Mackenzie. Both her parents are actors. Her grandfather Will Mackenzie is an American television director and actor who nominated for DGA Award and Emmy Award. Farrah was diagnosed with with Primary Immune Deficiency Disorder disease at the age of two. She received a new immune system in 2018 through a bone marrow transplant.

Farrah made her TV debut at the early age of 5. She acted in a short fantasy movie The Heart’s Eye View with her parents. She portrayed the role of Stella Parton in Dolly Parton’s Coat of Many Colors, TV drama film based on true story by Dolly Parton. In 2016, she appeared in the sequel of Dolly Parton’s Christmas of Many Colors: Circle of Love. The movie was nominated for Outstanding Television Movie at 69th Primetime Emmy Awards.

Mackenzie played the role of Sadie Logan in 2017 American heist comedy film Logan Lucky, starred alongside Channing Tatum, Katie Holmes, Riley Keough in the movie. Farrah was cast as Alice in science-fiction drama series Utopia in 2020. She had conflict in her schedule due to which she couldn’t attend her initial audition. But she was given a chance and Farrah bagged the role.

Farah has worked in several shows over the years namely Please Stand By, Ascension, You Get Me, Amanda McKay, Alien Hunter, Nanny Cam and more. Her recent appearance was in American sitcom tv series United States Of Al in 2021 as Hazel.

Some Facts About Farrah Mackenzie

If you have more details about Farrah Mackenzie. Please comment below we will updated within a hour.