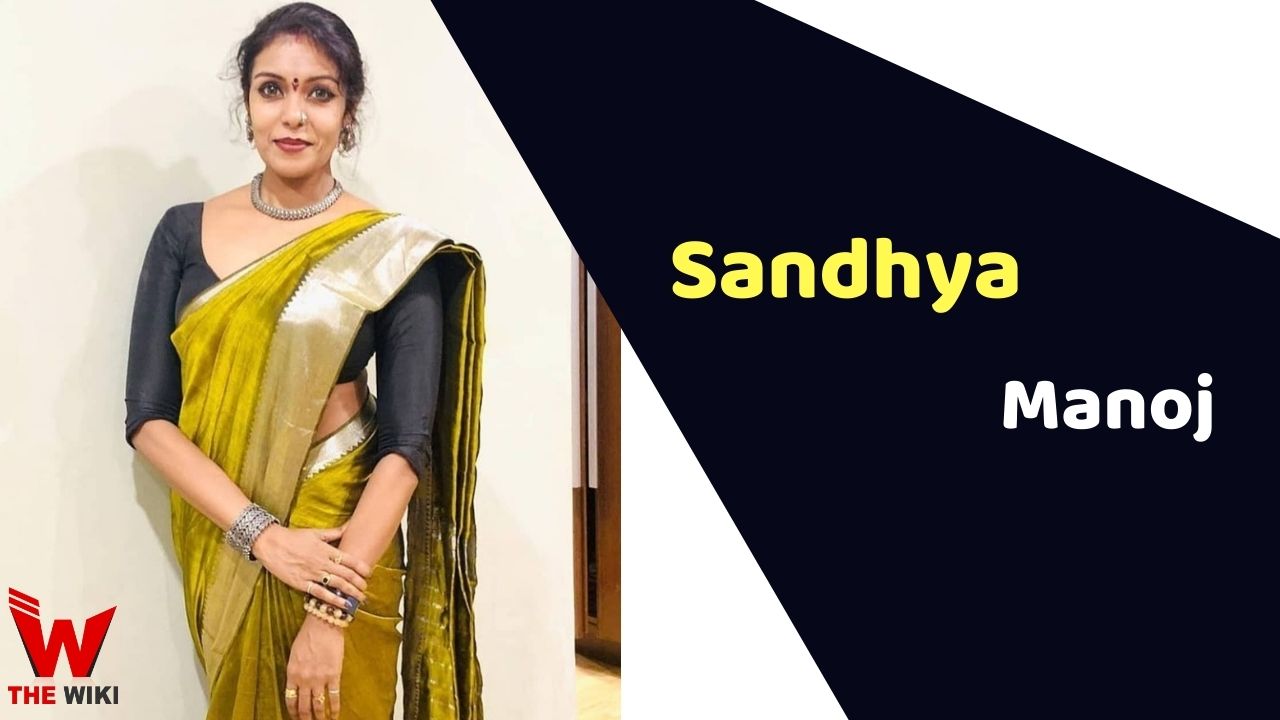 Sandhya Manoj is a Malaysian Odissi dancer and yoga instructor who got fame after being part in Big Boss Malayalam Season 3. She is a great dancer who was trained under the famous dancer Parvathi Narayana Swamy from Kalmandalam. She have also done dance performance at Surya Festival.

Sandhya Manoj was born on 1 August 1979 in a Hindu family in Kerala. She completed her schooling from Trivandrum International School, Kerala. After that, she enrolled herself at the University of Kerala to do her graduation. At the age of 5 only she started dancing under the instructions of her guru named Parvathi Narayana.

Her father’s name is Kunjanmenon Das and her mother’s name is Kala Das. Her father was himself a well known classical dancer who teaches dance by professional whereas her mother was a housewife. During her childhood, she lived in Arab country like Saudi Arab and Kuwait.

Sandhya started dancing at a very young age. As a Bharatnatyam dancer, she performed her first Dashavatar ‘Paalkadal Allaimelle’ which she learnt from her mentor Parvathy. She has performed classical dance since last 3 decades. Her first Bharatnatyam performance happened in Kerala in Nishagandhi Auditorium where she presented 2 numbers – ‘Navarasa’ and ‘Dasha Maha Vidhya’.

After her marriage Sandhya shifted to Kuala in Malaysia where she joined Fine Arts Kuala Lumpur to learn Odissi. Ever since then she was completely dedication to it.  In 2006, she came to Odisha with a group of her colleagues to learn Odissi and was mentored by Durga Charan Ranbir and Ratikant Mohapatra. Sandhya has performed in many national and international festivals. After this she performed many performances in Odissi, after which she started up with her own dance theatre, which include Shakthi Praeleeyanam, Swati  Thirunal  Dashavatar Dashamavidhya, Prerna and many more.

At the age of 21, along with her husband she launched a Mansa Yoga School, a yoga studio in SS 2, Petalling jaya. These schools are the best schools for yoga in Malaysia. These schools have given online workshop and classes during the lockdown too. Along with, she have also taught dance to kids who are underprivileged.

Manoj got married to a Malaysian yoga instructor Manoj Kaimal in 23rd January, 1999. The couple is blessed with a boy named Siddharth Manoj and girl named Shivani Manoj. She got married at tender age so she pursued her goal with her husband’s support. What ever she is today is just because of the support of her husband.

Some Facts About Sandhya Manoj

If you have more details about Sandhya Manoj. Please comment below we will updated within a hour.