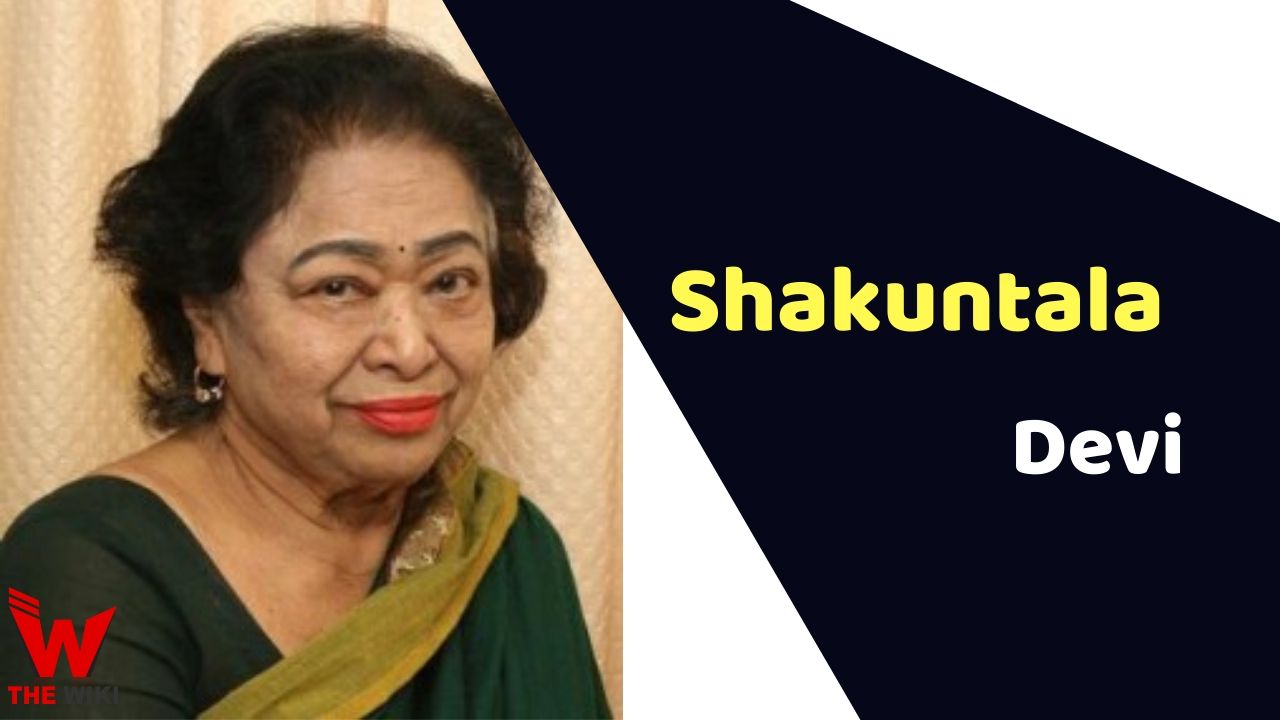 Shakuntala Devi was an Indian mathematician and famous writer. She was adept at doing the most difficult mathematical calculations with her mind. That is why Shakuntala Devi is also popular by the name of “Human Computer”, her brain was faster than computer. Her extraordinary abilities have earned her a place in “The Guinness Book of World Records”.

Shakuntala Devi was born on 4 November 1929 in Bengaluru. She was born in a poor family in South India. She was the daughter of a circus artist. At the age of 3, Shakuntala started demonstrating her great skills in numbers, which was impossible for any common man, and by the time she turned 5, she also started solving cube roots problems.

Shakuntala belongs to a poor family. she could not even get formal education due to her family’s severe financial condition but she visited various universities in southern India. When she was 6 years old, she demonstrated her mathematical art at the University of Mysore. In addition, she demonstrated her skills at Annamalai University, Osmania University and Universities of Hyderabad and Visakhapatnam. In 1944 she gained international recognition and moved to London with her father.

After reaching London, she became a internationally known name. She traveled to many countries including the United States, Hong Kong, Japan, Sri Lanka, Italy, Canada, Russia, France, Spain, Mauritius, Indonesia and Malaysia and demonstrated her expertise in mathematics.

Shakuntala had mastered her math skills to such an extent that, in January 1977, she was asked to calculate the 23rd root of the 201-digit number at the Southern Methodist University in Dallas (USA). She solved it in just 50 seconds while professor took 4 minutes to write this problem, and also took help from fastest computer UNIVAC (that time) then , it took more than a minute to answer this problem correctly. The correct answer was ‘546372891’. With this reply Shakuntala beat 62 seconds and 13,000 instructions of the fastest computer, UNIVAC.

Shakuntala Devi was from a conservative Kannada Brahmin family. Her father was a circus artist. There is not much specific information available about her mother and siblings. Shakuntala married Paritosh Banerjee, an Indian Administrative Service officer from Kolkata in 1960. They got divorced in 1979 due to some personal reasons. The couple has a daughter named Anupama Banerjee.

Shakuntala Devi died on 21 April 2013 at the age of 83 in Bangalore due to cardiac and respiratory problems. The first female mathematician of India took her last breath in her hometown Bangalore.

Some Facts About Shakuntala Devi

If you have more details about Shakuntala Devi. Please comment below we will updated within a hour.