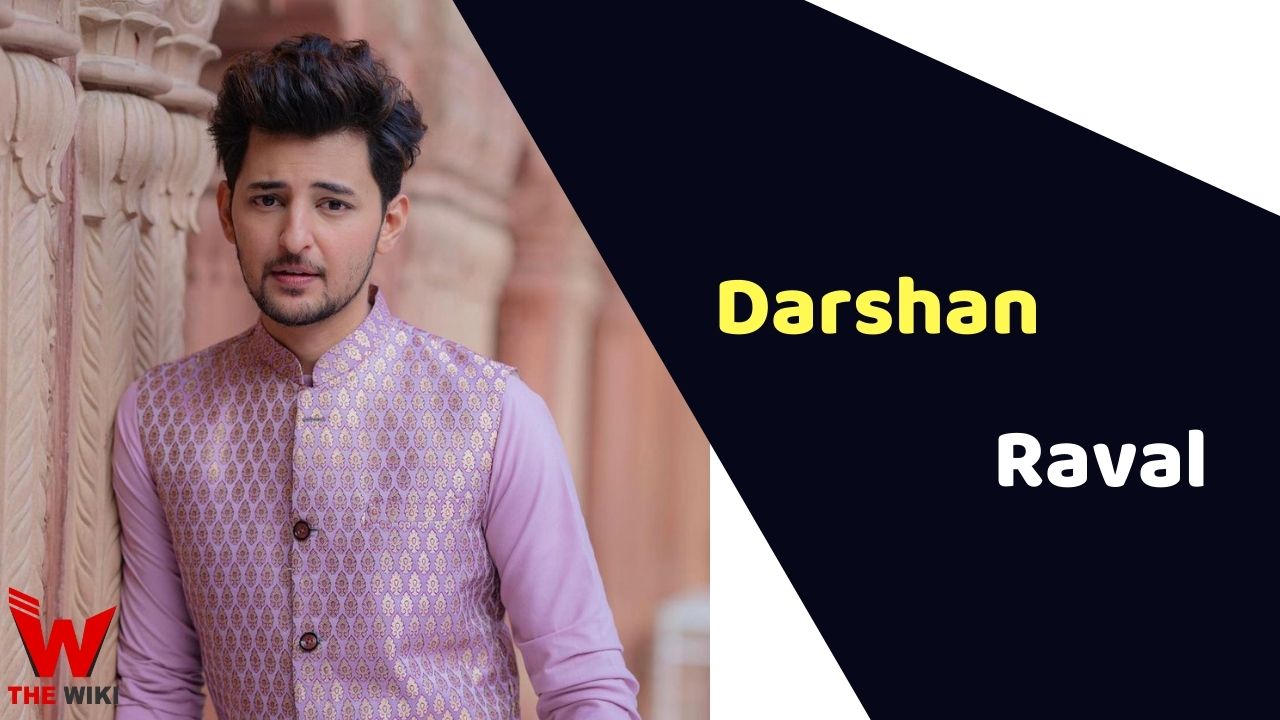 Darshan Raval is an Indian Playback Singer, Songwriter, Composer and Actor. He has immense popularity among youth for his melodious voice. His some notable works are Jab Tum Chaho of film Prem Ratan Dhan Payo (2015), Sanedo & Kamariyaa song of Mitron (2018). Darshan was the first runner-up of the singing reality show India’s Raw Star.

Darshan Raval was born on 18th October 1994 in Ahmedabad, Gujarat in a typical middle class Gujarati family to Rajal Raval and Rajendra Raval. His primitive schooling was completed from Shree Swaminarayan Gurukul, Ahmedabad.

His first ever television appearance was in a singing reality show India’s Raw Star in 2014 aired on Star Plus, in which Raval was become first runner-up. As a composer, his song Pehli Mohabbat was released in 2014.

In 2014, He got his first breakthrough in films by Gujrati film It’s Time To Party in the song Whiskey Is Risky song. But his Bollywood debut was in 2015 with Jab Tum Chaho song featured Salman Khan and Soonam Kapoor in Sooraj Barjatya’s Prem Ratan Dhan Payo. His voice also featured in Mere Nishaan song of serial Phir Bhi Na Maane… Badtameez Dil in 2015. He worked with various music series labels like T-Series, Sony Music India, Indie Music Label etc.

His song Chogada ft. DJ Chetas from the movie Loveyatri got great response from listeners followed by Kamariya and Sanedo of movie Mitron, Odhani of Made In China (2019).

Some Facts About Darshan Raval

If you have more details about Darshan Raval. Please comment below we will updated within a hour.