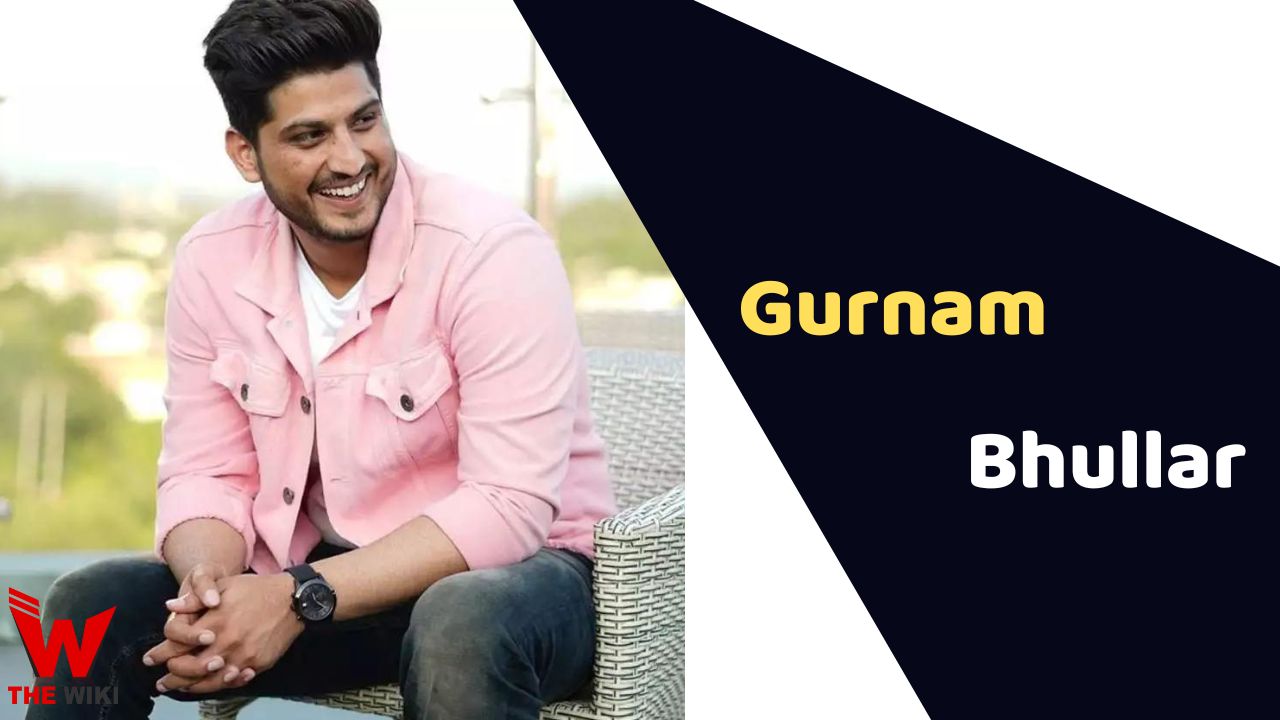 Gurnam Bhullar is an Indian singer, actor, and lyricist who known for his work in Punjabi movies and music. He became famous in 2018 with the song Diamond. His other notable albums are Mera Yaar, Pehli Mulaqat, Mere Beliya Ve and Pent Straight. Gurnam made his film debut in 2019 with film Guddiya Patole.

Gurnam Bhullar on February 8th, 1994 in Chandigarh, India. He is originally from Kamal Wala Village of Fazilka Tehsil in Firozepur district.. Baljit Singh Bhullar is his father who was a Punjab government employee. His mother’s name is Lakhvinder Kaur Bhullar. He also has a sister Navrit Kaur. He used to take part in all of the singing contests when he was in school. Bhullar was even talented in athletics, participating in his school’s under-14 basketball squad. Gurnam earned a bachelor of arts degree from Apeejay College in Jalandhar.

Gurnam participated in Awaaz Punjab Di Season 5, when he was in 8th standard. His first song was Heer Jehiya Kurian, which was released in the year 2014. He had additionally appeared on Sa Re Ga Ma Pa and Voice of Punjab reality shows. In 2016 and 2017, he released Rakhli Pyar Nal and Drivery. His most popular song Diamond written by Vicky Dhaliwal and labelled by Jass Records, was released on January 9, 2018. Bhullar’s directorial debut Guddiyan Patole was released on 8 March, 2019.

Some Facts About Gurnam Bhullar

If you have more details about Gurnam Bhullar. Please comment below we will update within an hour.