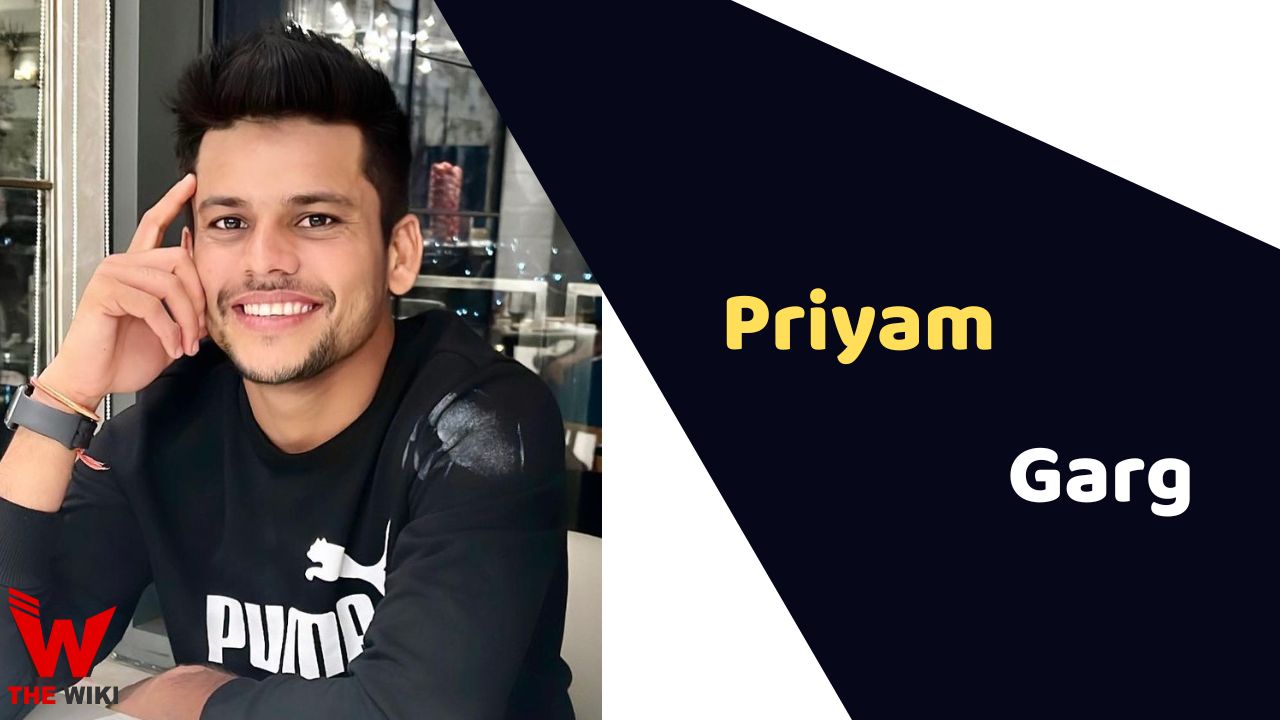 Priyam Garg is a international Indian cricket team player, who also plays for the home team Uttar Pradesh. He bats with the right hand and bowls medium fast with the right arm. He is recognized as a top order batsman. Priyam has been a part of the Indian Under-19 and Under-23 cricket team. He has performed brilliantly for the Uttar Pradesh cricket team in Under-14, Under-16 and Under-19. Sunrisers Hyderabad included him in their team from IPL 2020 to 2022.

Priyam Garg was born on 30 November 2000 in Meerut, Uttar Pradesh. His father Naresh Garg runs a school van in Meerut. His mother Kusum Devi passed away in 2012 due to an illness. He has three elder sisters named Pooja Garg, Reshu Garg and Jyoti Garg and there is also an elder brother Shivam Garg in the family. Priyam did his schooling from Public School in Meerut and got his cricket education from coach Sanjay Rastogi.

Priyam’s cricket career started with a lot of trouble, initially his father did not let him play cricket, but he used to get full support of his mother. His mother had a heartfelt wish, that her son should play matches for the Indian team. He was groomed by Sanjay Rastogi’s cricket academy.

Priyam made his place in Indian Under-19 and Under-22. He played his first class, List-A and T20 debut match for Uttar Pradesh cricket team.

Some Facts About Priyam Garg

If you have more details about Priyam Garg. Please comment below we will update within an hour.