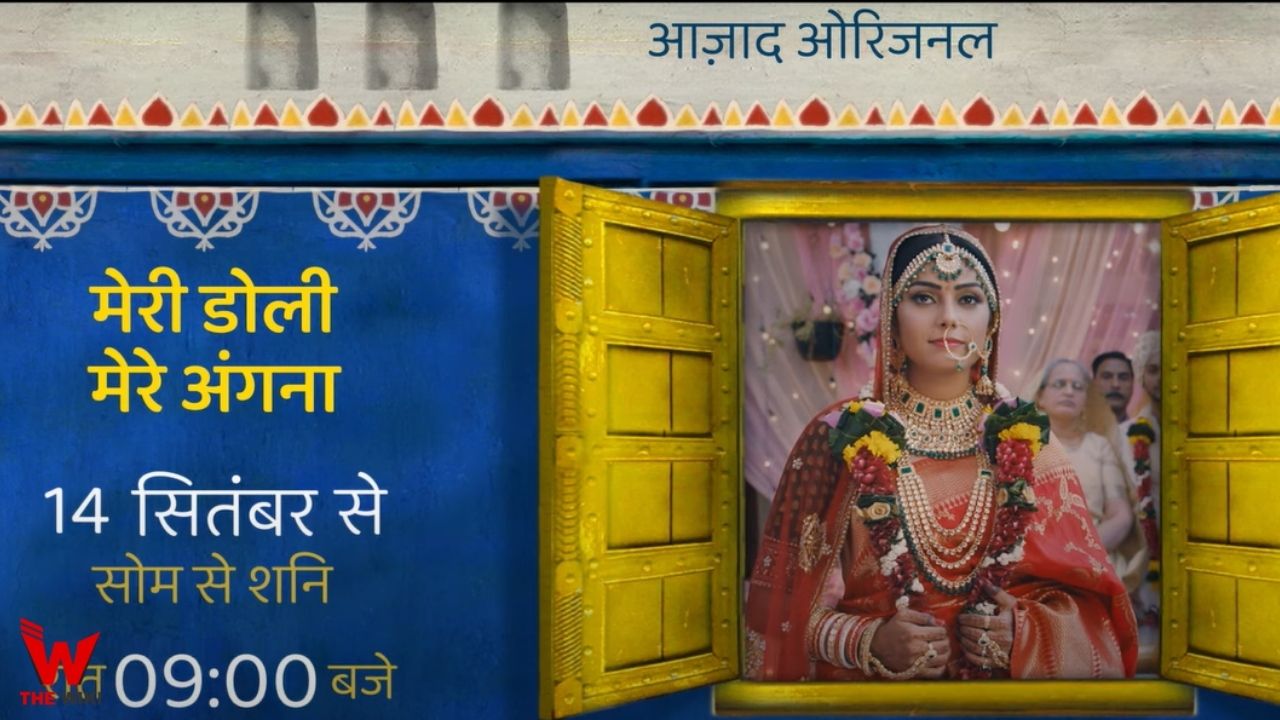 Meri Doli Mere Angana is an Indian television serial. The show stars Astha Abhay, Surendra Pal, Rudrakshi Gupta and Ankit Raizada in the lead roles. It is being made under the banner of Tell-A-Tale Media. The show is premiered on 14 September 2021.

The show is based in Bithoor, where the entire Singh family, especially her father considers the daughter an apple of their eye. Due to some circumstances, these relationships change and it drastically affects Janki.

Meri Doli Mere Angana is telecast from Monday to Saturday at 9pm on Azaad TV channel. The show is also available for online steaming platform MX Player. Other details related to the show are given below.

If you have more details about the show Meri Doli Mere Angana, then please comment below down we try to update it within an hour