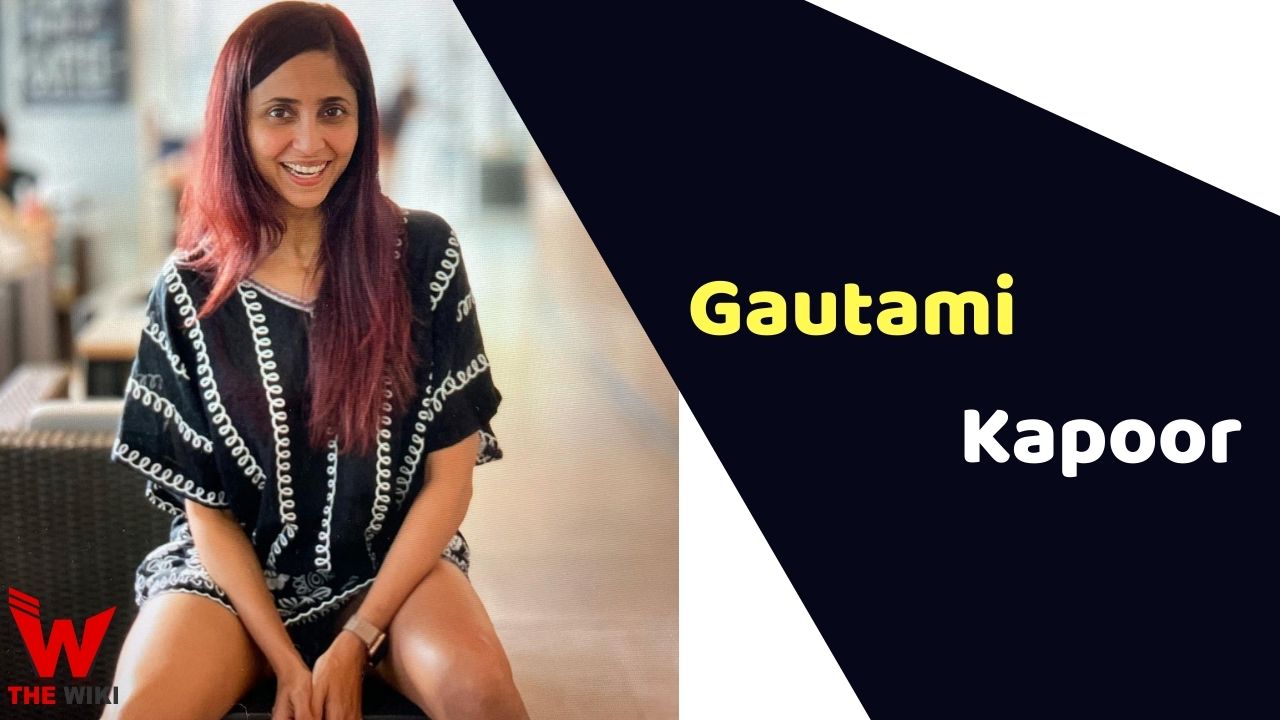 Gautami Kapoor is an Indian television and film actress. She is famous for playing Dr. Jaya Aditya Pratap Singh in the Star Plus series Kehta Hai Dil in 2002. Gautami has also worked in Fanaa (2006), Bindhaast (1999), and Kyunki Saas Bhi Kabhi Bahu Thu (2000). She has appeared in numerous Marathi films and television shows.

Gautami Kapoor was born on 21 June 1974 in Mumbai, Maharashtra. She completed her graduation from Ruia College, Mumbai.

Gautami began her career with the suspense thriller television show Saturday Suspense as Renu aired on Zee TV from 1997 to 1999. In 1998, she appeared in the television comedy series Family No. 1 as Priya on the Sony channel. The Next year, she got featured in the Sony TV program CID as Anupama Shrivastav in The Cross Connection episode in 1999. From 2000 to 2002, she acted in the series Ghar Ek Mandir as Aanchal, produced by Ekta Kapoor on Sony TV. She played the role of Chanchal in the medical-drama series Dhadkan in 2002.

From 2003 to 2004, Gautami portrayed the role of Suniti Verma after plastic surgery and Gayatri before plastic surgery in the series Lipstick aired on Zee TV. The story reveals how best friends can turn into enemies as they seek love and prosperity. She appeared in the Star Plus’ famous serial Kyunki Saas Bhi Kabhi Bahu Thi as Juhi Jas Thakral between 2007 to 2008. In 2015, she starred in the Star Plus drama series Tere Sheher Mein as Sneha Chaubey and Sneha Rishi Mathur.

Gautami made her debut with the Marathi thriller movie Bindhast as Mayuri in 1999. The film is famous for its exclusively female distribution. In 2003, she got featured in the romantic-drama film Kuch Na Kaho as Pony. She played the role of Rubina Khanna in the 2006 romantic-thriller movie Fanaa starring alongside Kajol and Aamir Khan. She starred in the romantic-dramedy movie Student of the Year as Gayatri Nanda, Rohan’s mother, in 2012. In 2014, she did two movies Shaadhi Ke Side Effects as Aanchal and Lekar Hum Deewana Dil as Marriage Counselor.

Gautami got married to Madhur Shroff, but they got separated due to various reasons. Later she tied the knots with Ram Kapoor in the year 2003. The couple has a daughter named Sia Kapoor and a son named Aks Kapoor.

Some Facts About Gautami Kapoor

If you have more details about Gautami Kapoor. Please comment below we will updated within a hour.