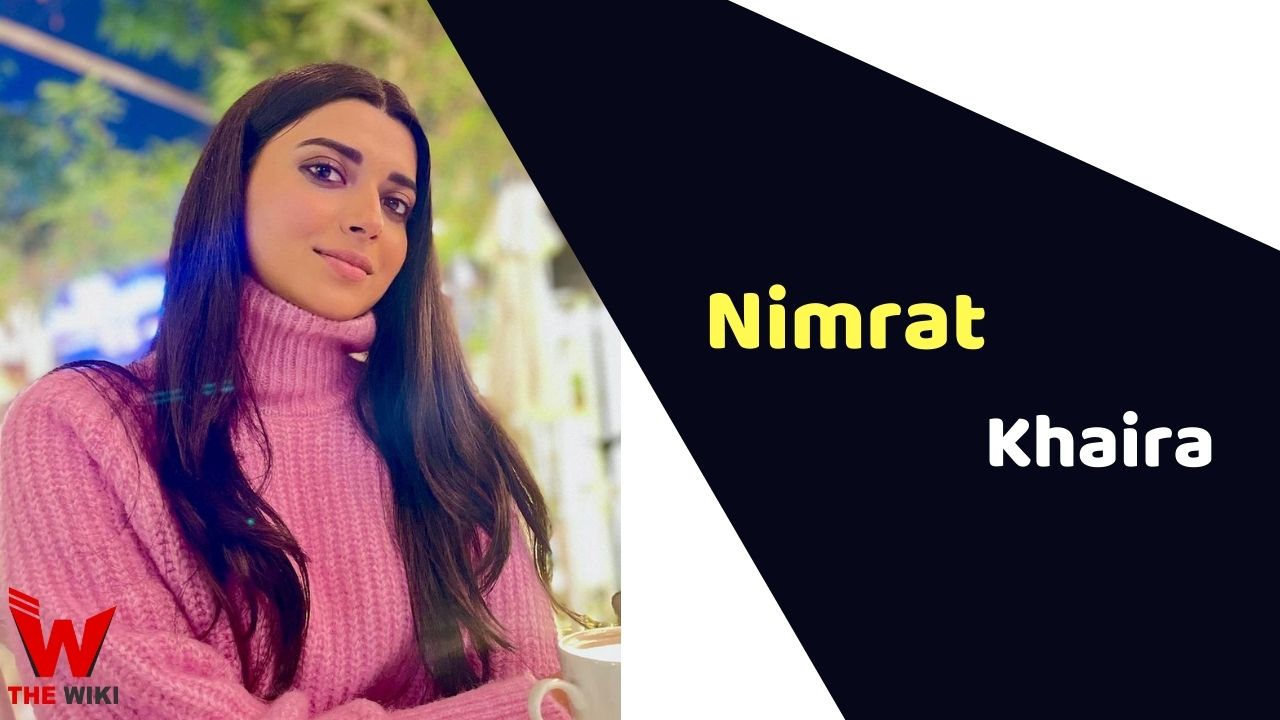 Nimrat Khaira is an Indian actress and singer who is most recognized for her work in Punjabi cinema and music industry. Her most recent song, “SP De Rank Wargi” has received a lot of attention and views on YouTube. She has also hosted the Radio Mirchi Music Awards along with Amrit Maan in addition to singing.

Nimrat Khaira was born in Batala city of Gurdaspur district, Punjab. She graduated from DAV College with a degree in medical science. She later earned her bachelor’s degree in Biotechnology from HMV College in Jalandhar. She pursued a master’s degree in music voice after winning Voice of Punjab 3 and decided to pursue music as a career. She is now one of the most popular Punjabi singers.

Her singing career began with the duet Rab Karke with Nishawn Bhullar, which was published by Punj-aab Records on 24 September 2015. The song was well appreciated by the public, but she rose to prominence with her next two songs, Ishq Kacheri and SP De Rank Wargi. In 2016, she continued to get success with songs like Salute Wajde. Khaira released a slew of tracks, many of which became huge hits including Rohab Rakhdi, Dubai Wale Sheikh, Suit, Designer etc.

In 2017, Khaira made her film debut with the film Lahoriye, played Kikkar. Her second film Afsar was released on October 2018, played Harman, a teacher at a government school with Tarsem Jassar.

Some Facts About Nimrat Khaira

If you have more details about Nimrat Khaira. Please comment below we will updated within a hour.