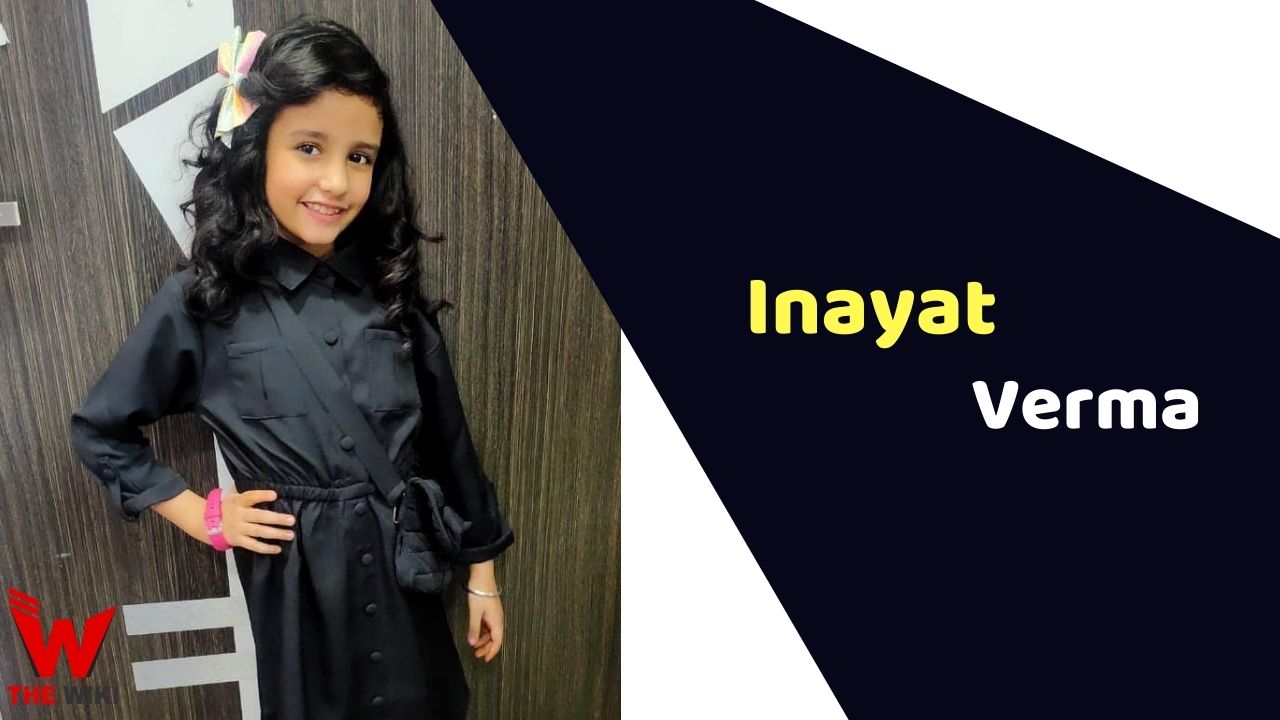 Inayat Verma is Indian child artist. She is known for playing Mini role in film Ludo (2020) along with Abhishek Bachchan. She has also appeared in television shows Kitchen Champion, Sabse Bada Kalakar and The Kapil Sharma Show.

Inayat Verma is born in Ludhiana, Punjab. Her father’s name is Mohit Verma and her mother’s name is Monika Verma. She started her career as a TV contestant in Sabse Bada Kalakaar and later was seen in many television shows like India’s Best Dramebaaz 2018., Kitchen Champion, Kapil Sharma Show, Super Night with Tubelight etc.

Some Facts About Inayat Verma

If you have more details about Inayat Verma. Please comment below we will updated within a hour.